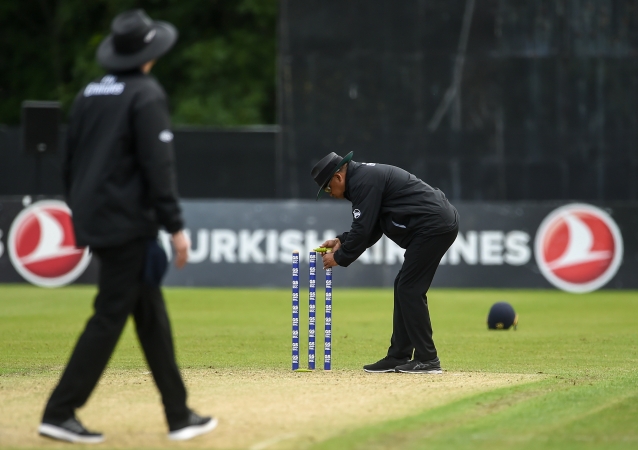 Umpires, scorers and other match officials are crucial roles in the administration, development and growth of our game. The following information provides guidance on umpiring and scorers associations, umpiring panets and links to find out how you can get involved.

The full Cricket Ireland / IACUS Umpiring Panel for 2022 is drawn from: In 2019, funding was allocated for the appointment of a panel of up to six Match Referees, who are primarily responsible for Inter-Provincial matches, Super 3s and Wolves cricket. In addition to these six, our two existing ICC-level referees will be available where possible to these matches. Additionally, Cricket Ireland has increased match fees for all umpires, match referees and scorers from the start of the 2019 season.

- Guidance, advice and information from NIACUS
- Documents, advice and reports from LCU&SA