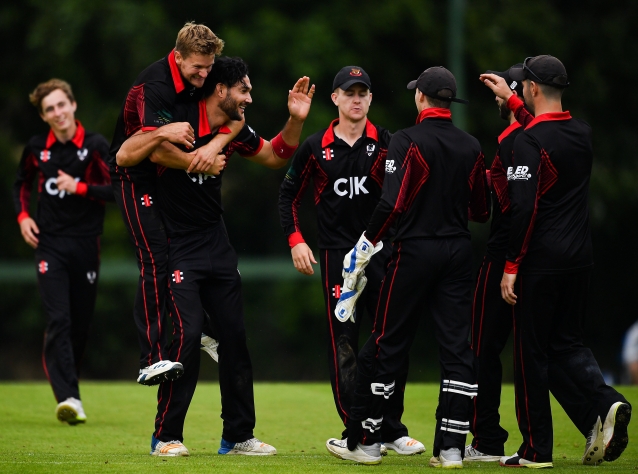 The Irish Senior Cup is the Premier All-Ireland Club cricket competition, featuring the leading club sides from across the four main Provincial Unions.

The competition is currently played on a 50-over knock-out format, and played between 28 teams.

The official competition hashtag is: #IrishSeniorCup

History of the Irish Senior Cup

Who was Bob Kerr?
Bob Kerr was Chairman of the Irish Cricket Union 2000-02 and president in 2004. He was a retired headmaster and a founder member and long-serving player with North Fermanagh.

Bob was a much-loved member of the cricketing community and it was a shock to his many friends and admirers when he died in Jamaica in 2007 just as Ireland’s players qualified for the World Cup Super-Eights. It was fitting too, as Bob had worked hard to bring Ireland to that place and would have enjoyed the journey they have taken since.

President Mary McAleese phoned the Irish party in the Caribbean to offer her sympathies, saying “Bob Kerr was a great champion of Irish cricket.”

In his honour, the Irish Senior Cup was renamed the Bob Kerr Trophy and that name will be attached to the prize for evermore.

A brief history…
The competition itself is now 38 years old, and while that is not a significant anniversary, it has had an extraordinary evolution. It was the brainchild of Murrough McDevitt of Leinster CC, an advertising executive who persuaded Schweppes to come on board as sponsors.

The year, 1982, was a difficult one in the Troubles and the idea of running an all-island competition was greeting with suspicion in some quarters. Some clubs declined to compete but the ICU persevered, and everyone eventually signed up and the Schweppes Cup soon became the highlight of the year for club players.

The soft drinks firm continued to back the competition until 1993 but for most of the following 15 years there was no commercial sponsorship. Hope Kerr offered to support it in memory of her late husband and did so for three seasons as the Bob Kerr Irish Senior Cup.

In 2013 Cricket Ireland announced new competition title sponsors in RSA and confirmed that the cup for which the teams would compete would be forever known as the Bob Kerr Trophy.

On the field, the competition has held a remarkably similar shape since 1982 – the ideal event features ten clubs from each of the major unions, and two from Munster, giving a straightforward five-round knockout. At times entries have sneaked above 32, requiring preliminary games, but the essence has remained.

The first round is seeded to ensure every club faces opponents outside its own union, which has helped foster lasting friendships between players and clubs and ensure greater harmony in relationships.

Each of the unions has had a period of dominance, with Northern clubs winning the first four runnings, with NICC beating Leinster in the inaugural final at Rathmines.

In 1986 Phoenix took the trophy to Dublin and the following year it was St Johnston from Donegal. The next six went North, giving the NCU ten of the first 12.

A North-West run came next, with Limavady, Brigade, Strabane and Donemana winning six of the next seven but the 21st century has been Leinster’s.

North County won the trophy an astonishing five times in eight years from 2001-08, the last win being the first time the trophy was successfully defended. Malahide, Railway Union, Leinster, Merrion, The Hills and Clontarf have also brought the Cup to Dublin, with only Waringstown (2011) breaking a Leinster decade from 2005-2015.

The County Armagh side has won three of the last four tournaments, and on each occasion they beat Pembroke in the quarter or semi-final, thanks to centuries by Ruan Pretorious, James Hall and Adam Dennison.