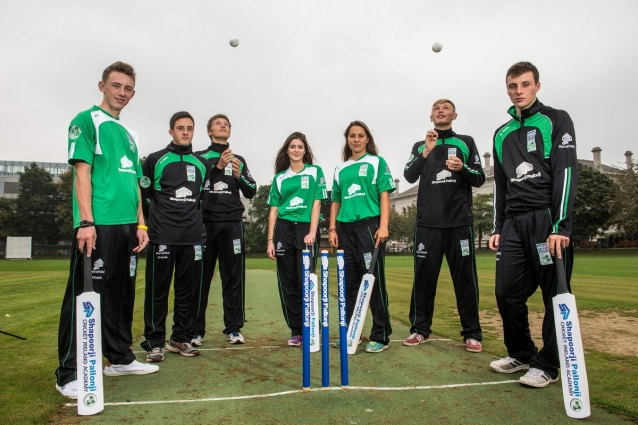 The Shapoorji Pallonji Cricket Ireland Academy, established in 2013, aims to identify and support the most promising young male and female players in the country providing them with a bespoke world-class player development programme under the ethos of supporting them to be ‘the best version of themselves in life and cricket’.

The purpose of the Academy is to develop resilient, confident cricketers of the future, who are ready to perform on the world stage.

To deliver this, we create an environment that provides a holistic, player-centred programme allowing the next generation of players, with the ability and desire to learn and be challenged, with support from Specialist Coaches and Mentors in all fields of High Performance and lifestyle.

In 2017, under Academy Manager Peter Johnston, Cricket Ireland expanded the Academy Programme to include a Women and Girls Academy, an Emerging Academy (for the most promising Youth cricketers), and a Male Senior Academy (considered a ‘finishing school’ for any age along the pathway towards becoming a professional Irish cricketer).

The success of the Academy has been exemplified by:

• the Academy played fixtures for the first time with great success in 2018;
• 12 of the current cohort have been part of the Ireland Wolves in 2018;
• of current Academy players, Tyrone Kane played in Ireland’s inaugural Test Match and Josh Little for the full T20 International team, while former Academy player Sean Terry represented Ireland men’s team;
• Gaby Lewis, Kim Garth, Lucy O’Reilly and Rebecca Stokell have all become leading players in the international women’s squad; and
• the Academy has already produced three full-time professionals for Ireland (Peter Chase, James Shannon and Simi Singh).

The Men’s Academy players are:

The Women’s Academy players are: