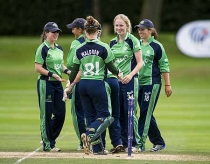 Ireland's women cricketers will look to cap a successful season when they play South Africa in a three game International T20 Series next week in England.

Tickets for Ireland's clash with fierce rivals England go on sale this morning (9am). The game at Malahide on Friday May 8 2015 will see Ireland renewing their rivalry against their near neighbours in what is set to be one of the most eagerly anticipated sporting events of the year.

Ireland's complete domination of European competition has seen tournament victories for the Women and Under 15 boys, which followed wins for both the Under 17 and 19 boys in the ICC Europe Challenge Series. In addition, the Under 17 girls beat Scotland in a three game T20 competition earlier this summer. 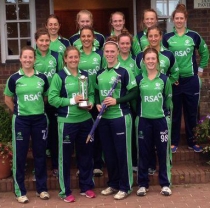 Six of the best from Ireland Women

Ireland Women finished their European T20 Championships in style with two comprehensive victories against The Netherlands and Scotland at Rugby today, making it six wins out of six. 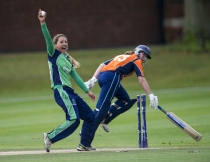 A win here at Rugby School will land Ireland the ICC European Division One Championships title. After the U15s, U17s & U19s all secured victory in their European competitions, can Ireland Women make it a clean-sweep? Tweet us - @IrelandCricket 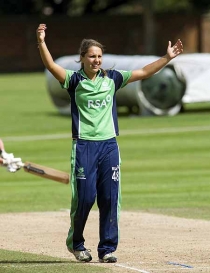 Elena Tice produced a Player of the Match performance as Ireland overwhelmed Scotland to win their third consecutive game in the European T20 Championships in Rugby. 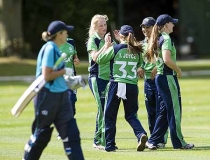 Ireland will be looking to make it three wins from three when they take on Scotland for the second time in the ICC European Division One Championships at Rugby School. After the U15s, U17s & U19s all secured victory in their European competitions, can Ireland Women make it a clean-sweep? Tweet us - @IrelandCricket 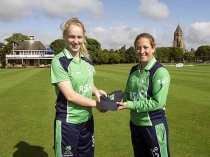 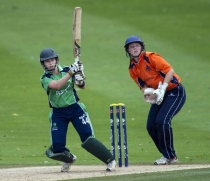 Ireland start Euros with a win over Netherlands

Ireland got the ICC European Championships off to a winning start with a 32 run win over the Netherlands at Rugby School. 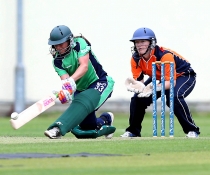