Attending the Test Match? Here are the FAQs you should read

For fans attending the Ireland v Pakistan Test Match at Malahide Cricket Club Ground (11-15 May 2018), you should review these Frequently Asked Questions.

Seeking net bowlers ahead of the Test Match

Cricket Ireland is seeking net bowlers in advance of the upcoming Test Match against Pakistan. 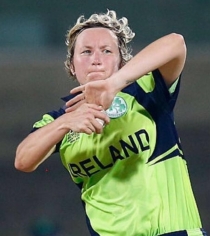 Meet the player, coach and advocate encouraging the next generation

Ciara Metcalfe is a name well-known to Irish women's cricket fans. She has been part of the Ireland set-up since her debut in 1999 and has appeared 84 times for the senior women's team across a range of formats - including playing in the only Irish women's Test Match against Pakistan in 2000. Sharing her experience with the next generation is now a key focus.

VIDEO: Peter and Simi visit a Dublin school to play cricket with the kids

We recently followed Ireland internationals Peter Chase and Simi Singh when they dropped into a Cricket Leinster school cricket session in Dublin. Here's what we found.

Call out to former internationals!

Can you help? We want to recognise past Ireland players at the upcoming Test Match. 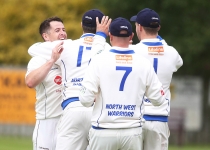 The venue for the first match of the 2018 Hanley Energy Inter-Provincial Championships on 1 May 2018 has been moved from Oak Hill to Pembroke Cricket Club.

Cricket Ireland, in partnership with the Australian-based InteractSport, has launched a new smartphone app, My Cricket Ireland – which is set to revolutionise fan engagement with domestic cricket across Ireland and Northern Ireland.

Cricket Ireland today announced the Intra-Squad teams that will play two 2-day warm-up games in late April. The games are set to give national selectors a good look at Test hopefuls ahead of the announcement of Ireland Men’s historic first Test Match team.

We are seeking event volunteers for the historic first Men's Test Match against Pakistan at Malahide Cricket Club Ground (11-15 May 2018). Additionally, we have opportunities at the T20I series against India (27 and 29 June 2018).