Tyrone Kane will return home to Dublin immediately after sustaining an injury while playing club cricket in Australia.

Ireland Men’s team will play its first-ever overseas Test match against Afghanistan in March 2019 in ‘a major step forward’ for the sport in Ireland, said Andrew Balbirnie on the day that the tour itinerary was released. 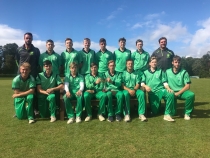 “It registered 5.2 on the Richter scale!” - Tyrone Kane talks about his scholarship in Perth

It's been a big year for Tyrone Kane. In May 2018 he was one of eleven men that stepped out at Malahide to play in Ireland's inaugural men's Test match, then in September he was named one of the inaugural Ed Joyce Scholarship recipients. The latter of these leads him to where he is now - playing club cricket in Perth, Western Australia. We recently spoke to Tyrone about his time in Australia so far. 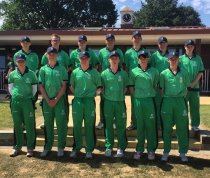 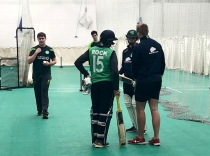 DUBLIN – Cricket Ireland has today named 15 players in the latest Cricket Ireland Shapoorji Pallonji Men’s Academy for 2019, with an announcement about the intake to the Women and Girls Academy to be made in December 2018.

DUBLIN – Cricket Ireland has today named a youthful Ireland Wolves squad, with Harry Tector as captain, that will travel to Sri Lanka as part of an eight-match tour.

DUBLIN – Cricket Ireland has today announced that tickets have gone on sale for the one-off one day international (ODI) between Ireland and England at Malahide on 3 May 2019.