The unique cricket match to celebrate the centenary of Brigade’s ground in Londonderry and pay tribute to the club’s former chairman Roy Torrens has been postponed because of the COVID pandemic and the increasing risks posed by the new variant.

The International Cricket Council (ICC) today confirmed that the ICC Men’s T20 World Cup 2021 will be staged in the UAE and Oman due to the ongoing COVID-19 situation in India.

An Ireland Women's XI will take on Lancashire Women in a one-off T20 at the Emirates Old Trafford Cricket Ground on 1 July 2021 as part of a doubleheader with a Vitality Blast match later that day. 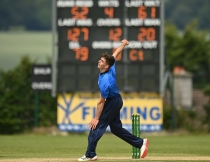 MAGHERAMASON – Leinster Lightning turned their fortunes around with a win, while Northern Knights and Munster Reds both hitting record scores headlined the final day of the second Inter-Provincial T20 Festival at Bready Cricket Club today.

MAGHERAMASON – A Player of the Match batting performance by William Porterfield and an explosive opening spell from Josh Little that reduced the Northern Knights top order headlined the second day of the second Inter-Provincial T20 Festival at Bready Cricket Club today. 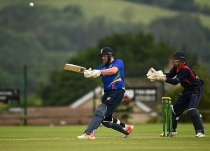 MAGHERAMASON – A dramatic 1-run victory for the North West Warriors and a brilliant 95* from PJ Moor headlined the first day of the second Inter-Provincial T20 Festival at Bready Cricket Club today.

Ireland Women to take on Netherlands Women in July

DUBLIN – Cricket Ireland has today announced a four-match T20 International series against Netherlands Women to be played at Malahide in late July, ahead of the all-important ICC Women’s T20 World Cup European Qualifier in August. 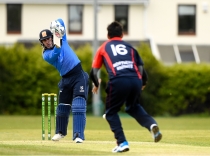 The squads have begun to be announced ahead of tomorrow's first day of the second Inter-Provincial Trophy festival at Bready Cricket Club. After a fascinating first-round festival last weekend, the North West Warriors top the table having two wins and collecting a bonus point along the way. However, with all four sides registering at least one win last week, the competition remains wide open.