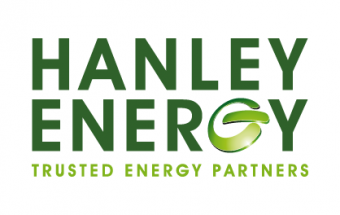 Ed Joyce will make his debut for Leinster Lightning on May 1 when the Hanley Energy treble winners begin the defence of their three titles against the North West Warriors in a 50-over contest.

The 2017 Inter-Provincial Series ushers in a new dawn for Irish cricket, with the three-day Championship games being awarded first-class status and enhanced by the inclusion for the first time of established internationals Joyce and Niall O’Brien.

History will be made at Eglinton on May 30 when the Warriors host the Northern Knights in the very first domestic first-class Championship match, while Stormont will be the venue the following week for Lightning’s first-class debut against the Knights.

The T20 Hanley Energy Trophy will be played on Friday evenings throughout the summer, with the first match on May 26, when the Warriors entertain Lightning at Bready.

A final decision on Munster’s inclusion in the T20 competition will be taken by Cricket Ireland at their April Board meeting.

Ireland Head Coach John Bracewell welcomed the elevation of the series, with the limited overs games being awarded List-A status, in addition to the granting of first-class status for the Championship.

“This is a great time historically for Irish cricket and gives our players the opportunity to place a permanent mark on the game,” said Bracewell. “It’s a significant milestone in the evolution of the domestic game and an important step towards professional cricket in Ireland.”

Competition sponsors Hanley Energy are also excited about the upcoming series, with CEO Clive Gilmore speaking of his pride that the company are continuing their association with the competition for a third season.

“Hanley Energy are proud to sponsor for the third year running the 2017 Inter-Provincial Series,” said Gilmore. “Being granted first-class status by ICC makes this one of the most historic events on the Irish cricket calendar.

“With a strong sense of optimism, I wish all participating teams every good wish for what is guaranteed to be an exciting Inter-Provincial Season.”