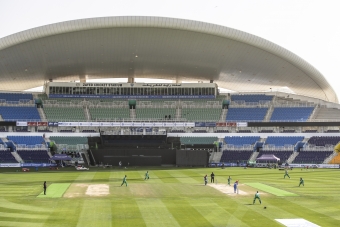 It wasn’t to be for Ireland Men’s team in Abu Dhabi during their three-match ODI series against Afghanistan. Three ICC World Cup Super League wins could have led to 30 crucial points but unfortunately, the men in green couldn’t register a win in the series. However, there were definitely some positive signs for the year ahead.

After suffering a series whitewash there will be an intense analysis and debrief by Head Coach Graham Ford, captain Andrew Balbirnie and selectors. Despite the series scoreline, within each game Ireland had their chances and Afghanistan were arguably saved in two of the three games by lower-order late hitting, so there were still some positives and plenty of learnings to take away from the tour.

The first factor to note is that the squad that travelled to Abu Dhabi was relatively young comparable to squads less than two years ago.

An Ireland ODI squad from 2019 had an average age of 29.64 years, while the 16-man squad that was available for the Afghanistan ODI series in 2021 had an average age 26.38 years. And if you remove the two oldest squad players, this average age drops further to 25.21 years amongst the other 14 players. What should not be underestimated is the invaluable experience gained by younger players through playing against world-class competition in such foreign conditions. That, combined with the players not having played outdoors for three months preceding the tour, living in a bio-bubble for four weeks, and having a stop-start tour that saw the loss of two matches against the UAE, has provided an experience like no other for many of the squad.

Given these challenges, it was heartening to see the younger players standing up at various times, complemented by quality performances by some of the more familiar faces who rose to the occasion too. 3-0 may have been the scoreline, but that didn’t tell the whole story.

Following the conclusion of the series, captain Andrew Balbirnie said:

“Paul (Stirling) has played superbly in the last couple of games - you run out of words to describe how he’s playing, but no one could really back him up and get that big score with him that could potentially won us a game the other day or today. He’s played brilliantly and we’ve just got to be there to support him.”

“Today we just needed someone to stick with him and get a 50 or 60, but it didn’t happen and hasn’t happened this week - we probably haven’t been up to our usual standards. There’s a few guys who will go away to Bangladesh with the Wolves shortly, which is a great opportunity - and for the guys at home we have a lot to work on because there’s a lot of cricket coming up and we’ve got to be better than what we’ve shown in the last few games.”

Stirling had a sensational series and was duly rewarded by picking up the Player of the Series award after scoring 285 runs in three matches, notching two centuries – top-scoring with 128 in the second match. This great run of form now means that Stirling has four tons in six innings for his country. However, Stirling was more focussed on the team’s performance, and opined at the conclusion of the series:

“There were big points up for this series, but we didn’t come up where we wanted to be. We felt in good positions to take advantage of, but we couldn’t quite do it.”

Reflective of not just this series, but also his performances in the preceding series against the UAE, Stirling has now risen to the Top 20 ODI batters in the world in the latest ICC rankings. The 30-year-old will stay in Abu Dhabi and compete in the Abu Dhabi T10 league for Team Abu Dhabi. Stirling has seen great success in the T10 League over recent years, having a strike rate of 200 in the tournament and average of 41.71.

Spinners on the mark

Another familiar face in the team, Andy McBrine, played well throughout the three matches. The 27-year-old took six wickets in the series and bagged career-best figures of 5-29 in the opening match. Following the stellar performance, he said:

“It was obviously pleasing for myself to get my first five-for for Ireland yesterday, but the result puts it more in a wee bit of a downer – it would have been nicer to get five-wicket and a win, but it wasn’t to be. I’ve been practising quite hard for the last 3 or 4 weeks out here and lucky enough yesterday was my day with the ball.”

The spells from the two spinners contributed directly to the under-par performances by the Afghan top order batters, and once the immediate disappointment of the series result abates, both bowlers will feel somewhat satisfied that their roles contributed positively to the series overall. Another area to take hope from was the batting contributions of the middle order. Wicketkeeper Lorcan Tucker and all-rounder Curtis Campher both stood up and delivered with the bat when they were needed by their country. They scored valuable runs in the middle-order and steadied the ship if Ireland stuttered at the top of the innings. The pair played within themselves and read the situation perfectly, adapting to the slow pitches, rotating strike well and putting pressure on their opponents.

Tucker hit 122 runs in the three matches, top-scoring with 83 – reaching his second half-century in the green jersey. He averaged 40.66 in the series, while Campher scored 98 runs, with a best of 47. Campher’s batting has been remarkable so far in his fledgling international career - he has scored 305 runs in 7 ODI knocks, at an average of 50.83 with three half-centuries.

Harry Tector also made valuable contributions with three starts - 28, 24 and 24 - but will undoubtedly be hoping to convert those starts into bigger scores over coming years. Tector’s main contribution to the series though will perhaps be his supporting role for Stirling. Tector - batting at 4 - came in each match with early wickets having fallen. He came in at 36-2 in the 7th over (ODI 1), 20-2 in the 4th over (ODI 2) and 62-2 in the 10th over (ODI 3) putting on stabilising partnerships with Stirling of 50, 84 and 61 runs respectively. It is certainly a basis to build on going forward for the 21-year old.

The series has provided much for Head Coach Graham Ford to mull over with a big year ahead. If all goes ahead as scheduled, there will be multiple tours, three visiting sides this summer and a T20 World Cup to play.

However, for a number of the senior squad they will likely also find themselves in the tour party to Bangladesh with Ireland Wolves beforehand, if that tour receives the green light.