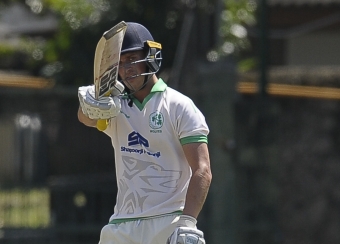 James McCollum will captain the squad

This is the third red-ball tour this summer, following matches against Gloucestershire 2nd XI and England Under-19s, and forms part of Ireland’s preparations for the return of Test cricket.

“This will be our third and final multi-day fixture in the UK in 2022. We’re delighted to continue our relationship with the Free Forresters, and it will be a great experience to play at Arundel Castle which provides another quality venue.

“The longer format provides the best challenge for young players and represents the best all-round development opportunity. For the players, there have been so many learnings and good performances from our first two matches, and we are pleased to see two more exciting young players - Ryan Hunter and Finn Catherwood – called up for their first taste of multi-day cricket with the Academy.”