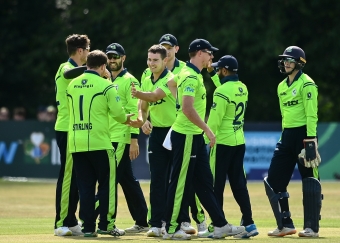 Ireland resumes its rivalry against Afghanistan at Stormont this August

DUBLIN – The ‘Season of Stars’ continues to get bigger with the confirmation of the five-match men’s T20 International series against Afghanistan for August.

Following the recent announcement regarding Ireland Men’s home season (see story), the senior side will now line up for a T20I series against long-term rivals Afghanistan, to be played at Stormont. The series is set to be a key part of Ireland Men’s build-up to the ICC Men’s T20 World Cup 2022 in October.

This series also represents the first T20Is that Afghanistan has played in Belfast.

Afghanistan Men’s last visit to Ireland was May 2019, although the sides last played a T20I series in March 2020 (Afghanistan 2-1) in Greater Noida, India. Currently the eighth-ranked side in the world in T20I cricket, Afghanistan have have the upper-hand over Ireland in T20I cricket, having won 14 of the 19 times the two sides have met in this format.

“It’s a great rivalry that has developed over the years between Ireland and Afghanistan, and we warmly welcome the Afghan Men’s team here once again. With the context of both sides looking to bolster their T20I exposure in the lead-up to the ICC Men’s T20 World Cup in October, it was agreed by the Cricket Ireland Board that the previously scheduled Test match and ODI series would be rescheduled to a later date – with both sides looking to maximise our T20I cricket instead.

“Our thanks to the Afghanistan Cricket Board for their support in getting this series approved.”

Tickets and membership packages will go on sale in April.