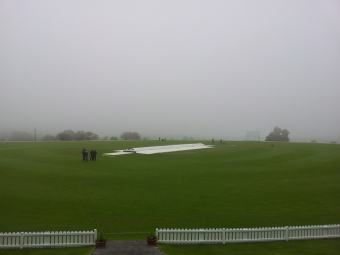 Afghanistan’s preparations for next week’s Pepsi ICC World Cricket League Championship matches against Ireland at Clontarf have been hit by the poor weather, as heavy rain overnight and this morning has left the Oakhill Cricket Ground very wet. Following an umpires inspection of the ground at 2pm the ground was declared unfit for play today.

Afghanistan will now take on the below Ireland Development XI in a 50 over One Day Match at Oakhill tomorrow.

There are three changes to the squad that was named last week with David Rankin missing out with a knee injury, Phil Eaglestone unavailable with work commitments and Scott Campbell representing Ulster Schools in Belfast. James Shannon, Barry McCarthy and Shane Getkate have replaced these three.