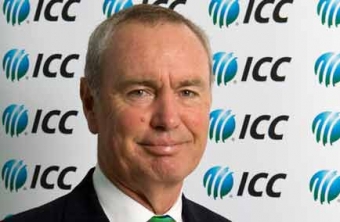 Alan Isaac, the former Chairman of New Zealand Cricket, was inaugurated as the eighth President of the International Cricket Council in succession to Sharad Pawar. Mr Isaac will serve for a two-year term and he expressed his honour at his election: “When I look at the list of previous Presidents, I am reminded of the importance of this office.

“In the midst of my pride at being chosen as President, I recognise that there is, of course, much hard work and much progress needed if we are to maintain the game’s current healthy state. I believe that the challenges ahead are no less daunting than those we have faced in the last two years if we are to maintain the vibrancy and viability of the three formats of the sport.

“We are fortunate as a sport - indeed unique - to have three different formats at international level. We will all strive not only to preserve those formats but to build on their foundations. In that way the ICC will continue to oversee a great sport and we will all work to make it even greater.

David Richardson was confirmed by the Conference as successor to Haroon Lorgat, who stood down after four years, as the ICC Chief Executive.

Mr Richardson, who played 42 Tests for South Africa and has been ICC’s General Manager- Cricket for the last 10 years, said: “It is a real honour to be confirmed as the ICC Chief Executive and I want to pay tribute to Haroon Lorgat. I have learnt much in the last four years and I inherit a game in great health with much to be optimistic about. I look forward to building on that and tackling the challenges ahead.”

Amendments to the ICC and IDI Articles of Association

The ICC Annual Conference agreed to make the necessary amendments to the ICC and IDI Articles of Association to create the post of ICC Chairman, remove the role of ICC Vice-President and vary the role and powers of the ICC President, all with effect from the close of the 2014 Annual Conference. The formalisation of these amendments give effect to the principles agreed by the ICC Board earlier this year.