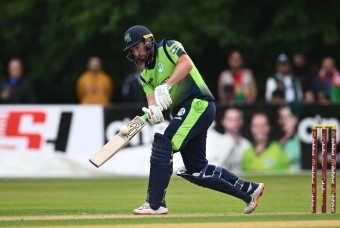 AB and CC to BPL

DUBLIN - Cricket Ireland has agreed to allow Irish internationals Andrew Balbirnie and Curtis Campher to join the Bangladesh Premier League (BPL) starting this month after granting No Objection Certificates – both players will fly straight to Dhaka at the completion of Ireland Men’s upcoming six-match series in Harare.

Balbirnie, 32, is the current all-format Irish captain and has been picked up by the Khulna Titans.

Campher, 23, has been picked up by the Chattogram Challengers.

“The impact of franchise cricket is increasingly front-of-mind for Cricket Ireland as our standing grows on the world stage and the profile of our players increases significantly. Our policy, in general, is that we maintain strong support of our international and contracted players playing in domestic leagues where this helps their development, provides cricket during gaps in our calendar and provides additional income for the player.

“We release players to play in a high-quality domestic franchise event which the selectors deem beneficial to the player’s development, and which do not compromise the national team’s performance or development. We will generally not release players after a squad selection has been announced. Franchise cricket opportunities have become an increasing feature of modern-day cricket, so we remain somewhat flexible in our response to offers that arise, but in general we will maintain an ‘Ireland-first’ policy when the potential for conflict arises.

“Our approach also allows us to blood new players who might not otherwise get game time for Ireland. Looking ahead, it will become ever-more important for us to expand our pool of players to accommodate the increasing quantity of fixtures happening at bilateral international, ICC Event and domestic franchise level.”