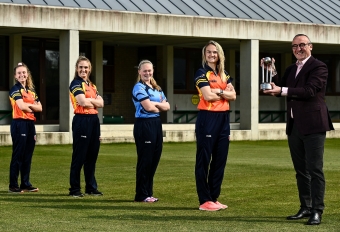 Now in its seventh year, the Arachas Super Series is a best v best competition that features Irish senior internationals and the best emerging talent across Ireland. Usually a three-team competition, due to the impacts of the COVID-19 pandemic the competition has been temporarily reduced to two teams playing against each other in both the 50-over and T20 format.

In 2021, the competition has been restructured into two competitions:

This has replaced the previous multi-format, single competition.

The first match of the Series is set to begin on 25 April 2021 in Pembroke Cricket Club for Round 1 of the 50 over Arachas Super Series Cup.

A new live streaming and live scoring system was rolled out in 2020 to grow access to the games which will once again be available to fans throughout 2021 season.

“We are pleased to be able to support Irish cricket through our new partnership with Cricket Ireland. Arachas is proudly Irish, with a global reach, very much like Cricket Ireland – and we hope that together we can help promote and grow the game in coming years.”

“To be associated with the women’s game – supporting both established internationals and the best emerging talent around – is an opportunity we couldn’t pass by. There has been a great upswing of interest in women’s cricket in Ireland over the last few years, and we are proud to be able to support that during what we hope will be a busy and successful time.”

“Cricket Ireland is delighted when any new business partner comes on board – and Arachas are an Irish-based company with which we share common values and ambitions. That is the outcome most sought after with any sponsorship – a common base to work from.”

“It is widely recognised that year-on-year the women’s Super Series has been getting better in standard and competitiveness – and with the new exposure given to the competition through livestreaming, livescoring and social media support, it’s a side of our game that the world is now able to enjoy. This is a good time to come on board the sport - we welcome the Arachas team and hope this is the start of a new long-term partnership.”