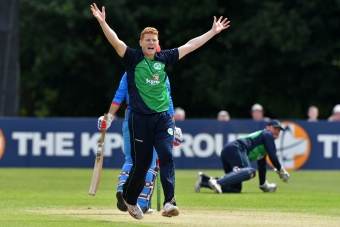 ANDREW BALBIRNIE will replace the injured Kevin O’Brien in the Ireland squad for the ICC InterContinental Cup clash with Afghanistan.

O’Brien sustained a hamstring injury during the recently concluded ODI series and will return to Ireland for treatment and recuperation.

“It’s a shame to lose Kevin ahead of a crucial ICup fixture,” said Ireland Head Coach John Bracewell. “However, I’m confident that we have a squad to not only compete, but to succeed in Greater Noida.”

Ireland currently top the table having won all four of their matches in the competition to date. Afghanistan are in second place on 61 points - 19 behind the Irish.