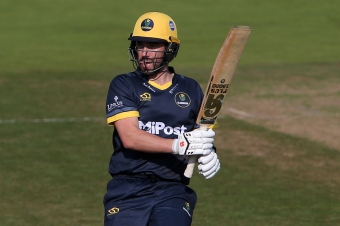 DUBLIN – Cricket Ireland has agreed to a short-term release for Ireland Men’s captain Andrew Balbirnie to join Glamorgan Cricket for the start of the English county season.

Balbirnie will join up with the Welsh county this week as an early season replacement for Australian Marnus Labuschagne until the end of April, and will be the club’s overseas player for the start of the 2021 season.

“It’s a brilliant opportunity to play red-ball cricket, and the County Championship is historically one of the best first-class competitions in the world.”

“I really enjoyed my time in Wales last season in the Vitality Blast - the players and coaches were incredibly welcoming and it’s a great place to play. I’m really excited to go back, get stuck in and hopefully contribute to some wins for Glamorgan.”

“A window of opportunity arose with the postponement of the men’s tour to Zimbabwe, and we were happy to agree to Andrew’s move for six weeks to Glamorgan. We have a big year ahead of us at both international and domestic levels, with a T20 World Cup in late 2021, so for one of our key players to be able to take advantage of an opportunity to play cricket in April at this standard will be of great benefit.”

“Balbo will be back for the start of the Inter-Provincial Series campaign in early May, then will lead the senior men’s squad into action against the Netherlands in early June.”