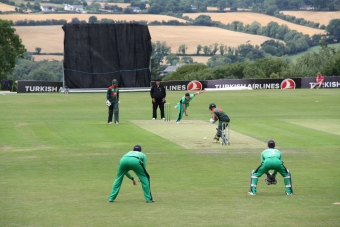 Cricket Ireland has announced a strong 13-man Ireland Wolves squad to play three T20 matches against Bangladesh A from 13-17 August 2018.

The side, to be led by Irish international Andrew Balbirnie, has a collective 268 T20 Internationals caps, and includes Kevin O’Brien and William Porterfield - Ireland’s two most capped players in all forms of the game.

“The Ireland Wolves is about taking into consideration the strength of the opposition and, in this case, the need to prepare some of the senior players for the Afghanistan series which follows a number of days later. The selectors also wanted to provide up-and-coming talent the opportunity to play alongside experienced internationals as part of their development pathway, and therefore named a strong squad with those two objectives in mind.”

“Cricket Ireland and Head Coach Graham Ford have agreed to release Tyrone Kane and David Delany to play in the Clear Currency Irish Cup Semi Final on the Sunday (12 August 2018). We all recognise the importance of club cricket in the development of the players and where we believe it is feasible, and in the best interests of the player, we will continue to try to support the clubs in this way.”

“These Wolves matches also fit into the longer-term planning of the senior management team in building towards the World T20 Qualifier in 2019. We want a competitive squad to succeed in that tournament, and the Wolves provides an ideal vehicle to test and assess different players and various tactics.”