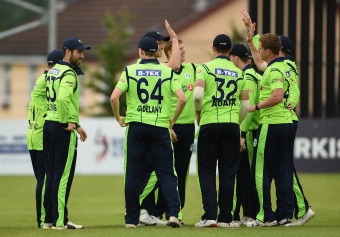 Dunk, who has played five T20 Internationals for Australia, has made a name for himself in Australian domestic and international franchise cricket. He is the fifth-highest run-scorer in the Big Bash League history, and has been the top run-scorer of a season on two occasions in the competition.

He joins a commentary team that features:

The team will be joined by guests during the livestream broadcasts, with coverage starting from 1.20pm every match day. The livestream of the GS Holding T20I Tri-Series will be through the Cricket Ireland Youtube channel, with links going up on Cricket Ireland’s social media channels each day.

Heatley Tector, the Proprietor of HBV Studios who is producing the livestream, said:

“I am absolutely thrilled to have Ben join us for the tri series. As well as being a world-class cricketer who specialises in the T20 format of the game, he also has considerable broadcast experience. His insight into the Tri-Series will be invaluable to our viewers.”

Livestreaming of cricket from Ireland has been well received during 2019. Cricket Ireland has livestreamed 15 matches in the last four months, that have been viewed over 28 million times through various online channels.