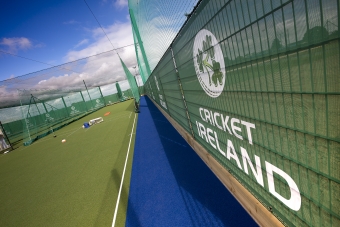 DUBLIN – The Board of Cricket Ireland held a ‘virtual’ board meeting yesterday afternoon to consider a number of significant issues related to impacts on operations and events in 2020 from COVID-19, as well as to review the draft ‘Safe Return to Cricket’ protocols that will be submitted to Government and sports authorities shortly.


The first order of business was to receive updates and consider recommendations on the international fixture schedule. The primary outcomes were:

• The men’s home series against New Zealand has been postponed;

• The men’s home T20Is against Pakistan have been postponed;

• The three men’s ODI series against England scheduled to be played in England are under active discussion, with the possibility that they may move from their original dates of September.

“It had become fairly obvious following the recent series of Government announcements in the Republic and UK that the New Zealand series was not feasible. We had also said previously that the fate of some fixtures could be dependent upon decisions by the travelling team’s government. That is what has happened in this instance – we were taking the recommendation to yesterday’s Board Meeting to postpone the series in any case, however, on the eve of the meeting New Zealand Cricket (NZC) contacted us to inform us that they could not travel. While of course it’s disappointing for the fans in Northern Ireland who I know were looking forward to the visit of the World Cup runners-up, given the circumstances we entirely understand NZC was left with no choice but to stay at home.”

NZC chief executive David White said he was hopeful of a near future in which the postponed matches could be re-visited:

“These are extremely difficult times for international cricket and we feel deeply for our friends in the northern hemisphere, whose season has been so badly disrupted. I know our players, support staff and BLACKCAPS fans were very much looking forward to the upcoming visit and are disappointed this decision needed to be taken. Hopefully, in brighter and less dangerous times, we can return and play the games that have been postponed.”

The Board also considered the situation around the senior men’s two T20Is against Pakistan. Deutrom said:

“With the Irish Government announcement on 1 May, it automatically became impossible to host the matches in Dublin on the scheduled dates. We subsequently considered scenarios around delaying the fixtures or playing them elsewhere, but this line of investigation has pretty much come to the end of the road as talks also revolve around Pakistan’s fixture commitments in England, which enabled our window to play these fixtures in the first place and obviously still remain subject to UK Government approval. Unfortunately, with numerous complications around Government roadmap timelines, bio-security, quarantining, and scheduling harmony, it just hasn’t been possible to find a way to get the matches played.”

“We deeply regret that we can’t provide any international cricket at home to our fans this year, but we were always up against it with our entire home international programme coming in the first half of the season. We want to extend once again our sincere thanks to all those that worked so hard to facilitate what would have been 15 matches across 7 venues over 3 months in Northern Ireland, Republic of Ireland and England. A huge amount of planning goes into the schedule from staff, groundsmen, fellow ICC members and venues to commercial partners, local authorities and our match allocation group – our heartfelt thanks go out to all of them for their great support, their passion and their dedication.”

“It is sad that due the current Covid-19 pandemic, we have to postpone our tour to Ireland. We were looking forward to returning to the venue where we featured against Ireland in their inaugural Test in 2018 and country where our players have always been supported and admired by the friendly and knowledgeable fans.”

“We fully respect and endorse Cricket Ireland’s decision at this difficult time. As we have all reiterated, the safety and security of players, officials and fans comes first. It remains a challenging time for all nations that are due to be hosting home series in the coming months; we as a cricketing family will continue to rally and work closely together.”

“The PCB stands firmly with CI in these difficult times and we look forward to revisiting Ireland again as soon as normal services resume.”

In relation to the overseas commitments, Deutrom said:

“With regards to the three ODIs against England scheduled for September, discussions with the ECB are ongoing. We will try to be as flexible as possible around these – as they are currently set to be our first fixtures as part of the new World Cup Super League, however, numerous challenges have to be resolved – notably around timing, bio-secure venues and quarantine requirements for players who travel. We will continue to work with the ECB on trying to make these fixtures happen, but the issues involved will take a little while to work through.”

“As we are all now aware, the ICC has announced the postponement of the Women’s World Cup Qualifier that was set for July. While we will engage with the ICC on a revised window for the tournament, adequate preparation for the squad will be a key consideration, so we look forward to working with our fellow members and with ICC to ensure Ed Joyce and his squad have an opportunity to pull together an appropriate lead-up programme.”

“The greatest challenge for international cricket in 2021, and indeed the next few years, will be managing fixture congestion and coordinating a remodelled Future Tours Programme. As of today, we regard our matches as postponed until further notice, and I know Cricket Ireland is not alone in looking forward to the day that the Full Members can get around a table with the ICC to work out how, and if, we can fit everything in the current FTP cycle. We fully understand it will require a great deal of work to make it all work sustainably, particularly given the financial challenges many cricket nations are now facing.”


The Board heard an update from the recently-held Euro T20 Slam Board Meeting. No definitive decision has been taken at the moment regarding the 2020 event, however a decision will be made at the next Cricket Ireland Board meeting in June.

“We’ve said all along that we will do what we can to give the event the best chance of succeeding. After the postponed 2019 event, all participating Boards, operational and funding partners were getting back on track to see an inaugural staging in 2020, with a window agreed that suited the three participating Boards. COVID-19 has obviously raised numerous unanticipated challenges, and we are now nearing a crucial decision time. We expect a final decision on the 2020 event to be made in June.”

Return to training / Return to play


The Board received a detailed presentation about the COVID-19 impacts on the sporting landscape and the respective Governments’ roadmaps to reopening the Republic and Northern Ireland. This included review of a draft Safe Return to Cricket Policy, which will form the basis of Cricket Ireland’s submission to government with its plan for a gradual build-up of activity in line with Government phasing.

While we are aware that a small number of sports such as tennis, golf and athletics have been approved for a limited resumption of activity, it is clear from our engagement with Government that team sports in the Republic will be subject to a more gradual process of return. In this regard, we are seeking Government approval for limited club training to resume in June in line with Government phasing for those clubs able to meet the public health protocols. We will advise as soon as possible regarding the timing and detail of what will be required in order to re-start training.

While the Irish Government has set out specified timeframes they expect to meet if public health targets are met, the UK Government and NI Executive have not provided such definitive guidance yet, so further clarification is required before we can advise of a resumption date in Northern Ireland.

“We understand the desire for getting back on the cricket pitch and rest assured we are working hard to ensure this can happen. We would like to acknowledge the cricket community across Ireland for working with us to adhere to public health directives to date – your support has helped to save lives. Like pretty much every cricketer and family involved in cricket though, we want to see the sport resume at the earliest – however, it needs to occur in a managed way that prioritises the health and safety of the cricket community.”

“We have had excellent cooperation with the Provincial Unions, and it is commonly agreed that our response as a sport is to be public-health led, as we do not want cricket to be the reason for further outbreaks. We are working hard to ensure all the government health and safety measures and protocols are in place prior to the opening of any facilities and getting back to training, and will implement all necessary procedures for cricket to happen safely.”

“The draft plan we are finalising looks at how the mechanics of the sport (such as close-in fielders, slip cordons, ball-shining), sharing of equipment/facilities, temperature testing, at-risk participants (eg match officials over a certain age), even insurance liabilities, can all be properly understood to ensure we don’t expose any members of the cricket family to risk. The latter of these is a real risk for many clubs and sports authorities, and we are not alone in dealing with these challenges.”

“However, we have now seen a few sporting bodies successfully receive conditional approval to resume activity, so we view this as light at the end of the tunnel. However, this process will not be like flicking a switch unfortunately and the realities of formalising hygiene protocols and social distancing in a cricket context means we need to ask for continued patience from the cricket community while we work with Government, sports and health authorities on both sides of the border to see cricket resume in 2020.”

Future of cricket in Ireland


The Board had a discussion around the challenges for the future of Irish cricket which went beyond the narrow issues posed by COVID-19 alone.

Warren Deutrom said about the discussion:

“We recently announced the appointment of Kotinos Partners, led by Brian MacNeice, to begin developing the new Cricket Ireland Strategic Plan. Brian has been conducting one-on-one sessions with key stakeholders, before we begin to extend out consultation on the strategy to the wider cricket community.”

“Key to the Board’s concerns were the growth of club cricket and participation – particularly engaging in schools and creating those links or pathways into the club network. COVID-19 has thrown up an additional challenge for the sport as it has vastly reduced contact hours with kids and community groups and in general the visibility of cricket at a crucial time of year.”

“The Board agreed to consider initiatives to be presented at upcoming Board Meetings.”

Other matters considered at the Board Meeting


There were a number of other decisions and deliberations undertaken, including:

• The Cricket Ireland Annual General Meeting will be rescheduled to 14 July 2020 to meet financial regulatory requirements. The AGM will be the first such meeting held ‘virtually’ over video-conferencing technology.

• At the last Board Meeting the budget was confirmed for 2020 based on a ‘known’ programme of activity. Cricket Ireland management constantly review the budget in light of changes in operational circumstances. It has been estimated that there will be a 30% drop in revenue year-on-year, while achieving some offset savings from non-hosting of cricket. It was re-confirmed that any savings would need to be used in paying for as-yet-unknown additional home and away cricket commitments in 2021. Budget reforecasts will be provided at subsequent Board Meetings.