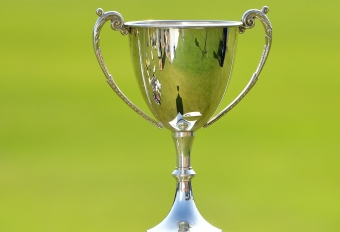 The captains have their say ahead of the final

BELFAST – Tomorrow’s Clear Currency All-Ireland T20 Cup Final will be a clash between two clubs hungry to prove themselves on the national stage for different reasons – one side is a young, star-studded side from Dublin that has never won a national club title before, while the other side - from a small village in the North West – and has produced their share of international talent over the years, but hasn’t won a national title since 2000. Both sides are steeped in cricket tradition and fought their way to this year’s decider during a challenging season, and the both captains are desperate to finish their campaigns with the Cup.

Despite the differences between the two sides and their histories, the two captains – Jack Tector (YMCA) and William McClintock (Donemana) – are no strangers, having played together coming up through the national underage teams. The two captains spoke on the eve of the Cup Final.

“It’s been a brilliant season, for not only the first team but all teams across the club. The first team lost our first game of this season to Railway Union but have won every game since then. I think it is down to the confidence around the team, everyone knows their role and we’ve found combinations that have worked and stuck with them.”

“Cork County were very impressive in the All-Ireland T20 semi-final, they came with a nearly all spin attack which featured some good spinners who made us work for our runs. But the way we came out with the ball, particularly in the powerplay, we bowled well with our players sticking to their plans and executing them perfectly.”

“Curtis [Campher] has made a huge impact both on and off the field since he arrived at YMCA, having him, Harry [Tector] and Simi [Singh] in the Irish team is brilliant for the Club through the experience they can offer everyone throughout the club is invaluable.”

“Donemana have a really strong T20 side, so for ourselves it’s a case of just sticking to what’s won us games this season, and not moving away from that just because it’s a final.”

“It will be a really exciting day for everyone in the Club, a lot of hard work has been done behind the scenes to get us to where we are now. To lift the trophy would be a huge day not only for the players but everyone at the Club, especially the volunteers who work so hard. But I have to single out Kamal Merchant – he’s the heartbeat of the club, and I imagine he’ll be so happy to see us lift that trophy on Saturday.” “It has been a difficult and strange season, at the start for us as it was tough getting a full team out due to work and obviously the pandemic, but once we got into it and got training we were fine.”

“To me I think our success this year comes from the fight we displayed and the attitude we’ve had all year - everyone has trained hard, and even though we lost a few players this season, every single player on the team has stood up and shown that they want to win for all the same reason - the badge. There is a sense of pride in playing for Donemana, that’s a huge thing. While we know the talent is there, for me this year it was really getting everyone up for it and getting everyone to enjoy their cricket again. Being motivated and enjoying playing again, I think that’s a huge part to our success.”

“The semi-final last Saturday was a great game, and even though we won it on DLS, we were on top and sitting 60-odd for one against a quality team. Our bowling was top class, and to keep them to a very par score was a good boost for us mentally going into bat. Willie McBrine (2-8 from 4 overs) for me was the pick of the bowlers, and his effort was without doubt the best bit of bowling from any of us this year.”

“We have a good spin attack and even our two seamers bowled well up top, Levi Dougherty was brilliant in the first couple of overs, and with Jordy [McGonigle] picked up four wickets - everything went to plan as a bowling unit.”

“Andy McBrine and I knew what we had to do with the bat, and with weather closing in we just kept a constant eye on the DL score. We both have the experience at this stage to know that losing a wicket would probably have been lights out for us as the rain approached. We just tried to pick up the required runs ever over without really taking too many risks and in the end up we got over the line.”

“As for YMCA, they do have a quality side, but so did CIYMS. Everyone going into that last game wrote us off, but deep down we as a team always felt as if we were in the game with the score they got. We will be going in big underdogs again in the Final, but that also gives us a ‘nothing to fear’ kind of attitude and no pressure, which hopefully will give our players an edge. But as a team we believe we can win this - if we didn’t, we wouldn’t bother travelling up.”

“As for the Club, if we won on Saturday it would be absolutely huge for Donemana, not only as a cricket club but as a village. Everyone in the village follows the cricket and it will be on everyone’s mind come Saturday. Donemana will be giving our absolute all to win this game and hopefully something can come off for us.” The cup final will be played at 1pm, Saturday 19 September at Belmont. The match will be livestreamed with commentary through Cricket Ireland’s Youtube channel.

“At Clear Currency we recognise that success can only come from strong foundations, that is why we are delighted to be the new Sponsor of the All Ireland T20, showcasing the best in talent at Irish Club Level, and increasing our support at the grass roots of Cricket in Ireland. I want to wish Donemana and YMCA the very best in what is sure to be an exciting finale in the Clear Currency All-Ireland T20 series.”


Clear Currency is part of Clear Treasury - an Irish owned business founded by ex-treasury bankers with offices in Dublin and London. It is a boutique treasury and risk management company bringing insight and stability to an uncertain environment. More: https://www.cleartreasury.co.uk/about

At time of media release distribution, Irish Government advice is that YMCA will be able to travel as a team and compete in the Final, despite Level 2 COVID-19 restrictions relating to Dublin. Supporters though are strongly encouraged not to attend the match as per Level 2 advice.

If Dublin is raised to Level 3, the team can still travel, but supporters will definitively not be able to travel. The match will be livestreamed to make it accessible to fans impacted by these restrictions.

The play-off will be played at Belmont on Sunday 20 September at 1pm.