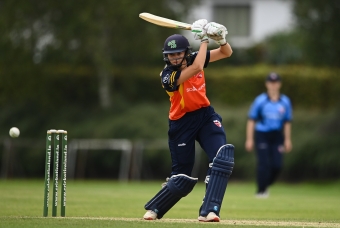 DUBLIN – Selectors have today confirmed several squad changes ahead of the first match of the seventh women’s Super Series, which is set to begin on Sunday 25 April at Pembroke Cricket Club.

The squad changes have been forced through injury or player unavailability, while several players are yet to return from overseas and will join squads after they arrive back in Ireland.

In addition to squad changes, the venues have been confirmed for Super 50 Cup fixtures, while a number of Super 20 Trophy venues are still to be finalised. “It’s great to know that the Super Series will be underway shortly, and to know the senior squad will have a busy year – both domestically and with two separate world cup qualifying tournaments. Indeed, with those two tournaments on the near horizon, competition amongst the players during the Super Series will be keener than ever with places up for grabs on those squads.”

“We have a number of minor selection adjustments that were forced upon us through injury and unavailability, but both the Scorchers and Typhoons squads are full of talent. We had such a great series last year, and with the return of senior internationals to the competition like Lara Maritz and Mary Waldron, the 2021 series promises to be the most anticipated in the competitions seven-year history.”

An announcement will be made later this week regarding the new title sponsorship of the Super Series.