Squad changes, fixture schedule and broadcast details for Ireland Academy at the 2022 ECC 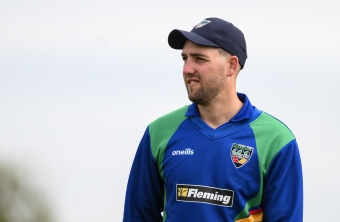 Jared Wilson will captain the squad

DUBLIN – Two changes have been made to the Ireland Academy squad competing in this week’s European Cricket Championships, to be held at Cartama Oval in Spain from 12-16 September 2022.

The enforced changes, made as a result of visa delay issues, will see bowler Muzamil Sherzad and coach Albert van der Merwe replaced by Cian Robertson of Instonians, and Balbriggan Head Coach Andre Botha. Newbuildings’ Jared Wilson will captain the side.

The Ireland Academy squad is:

The (ECC) is an annual tournament played by European national teams, under the auspices of the European Cricket Network. The ECC is the first international T10 cricket event ever to be staged. The European Cricket Championships will feature 21 teams from a range of countries including: Ireland, England, Netherlands, Germany, Spain, Sweden, Belgium, France, and Scotland. Teams have been placed into four groups of five teams, with the England XI receiving automatic qualification into finals week. Ireland have been drawn in Group A, alongside Spain, Austria, Czech Republic, and Portugal.

Should Ireland qualify out of the group they will move on to finals week, which takes place between 10-14 of October.

The fixtures are all played at Cartama Oval in Spain:

* all times are Irish time

Matches will be available to watch in Ireland/UK through FreeSports TV or the ECN Youtube Channel.

Scorecards will be available here: https://www.ecn.cricket/european-cricket-championship