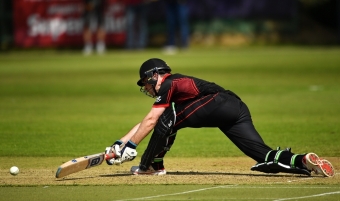 Will Pembroke and Railway Union defend their cup titles?

DUBLIN – Cricket Ireland has today announced the first round draw for the 2020 Clear Currency Irish Senior Cup and Clear Currency National Cup – Ireland’s peak club cricket all-Ireland cup competitions that will see 59 clubs from across Ireland battle it out for the two coveted titles.

The draw, made at the Sport Ireland Institute, was conducted by Cricket Ireland President David O’Connor, with two Irish internationals – Kevin O’Brien and Barry McCarthy, who both saw their respective club sides claim the two cups in 2019.

The Clear Currency Irish Senior Cup, in its 39th year, is the Premier All-Ireland Club cricket competition, featuring the leading club sides from across the four main Provincial Unions. The competition is played on a 50-over knock-out format, and played between 28 teams. The teams vie for Bob Kerr Trophy - named after former Chairman and President of the Irish Cricket Union. Pembroke Cricket Club won the 2019 Cup after defeating Waringstown (story link).

The 2020 fixtures will be (home side listed first):

Four clubs - Pembroke, Waringstown, Phoenix and CIYMS - receive a first round bye as a result of reaching last year’s semi-finals.

The Clear Currency National Cup, in its 9th year, is an all-Ireland club cricket competition played between the next tier of club sides who did not qualify for the Clear Currency Irish Senior Cup. The National Cup started in 2012 and is played over a 40-over knock-out format between 31 teams from all five Provincial Unions. Railway Union won the 2019 Cup after defeating Ardmore (story link).

The 2020 fixtures will be (home side listed first):

One club - Railway Union - receives a first round bye as a result of winning last year’s Cup.