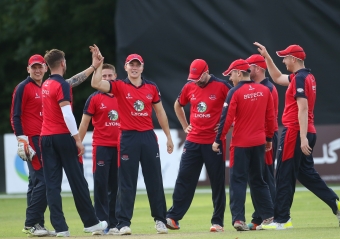 Can Waringstown continue its dominance in this competition?

The Clear Currency Irish Senior Cup Draw for the Semi-Final stage has left us with two intriguing games between very well-matched sides. Defending champions, Waringstown snuck through into the semi-finals after coming out on top 2-1 vs Instonians in a bowl out to advance to the next round.

Waringstown, who have won the last two renewals of this competition, having beaten Merrion in the final last year, will have to travel to CIYMS to take their place in this year’s final. Waringstown’s road through to the final hasn’t been easy, with the bowl out win following a tense two-run win against Malahide on DLS in the previous round. However, they have shown great resolve to get through again and it’s a massive testament to the club to keep performing and producing in this competition every year. They will have James McCollum returning to bolster their top order, while the likes of Greg Thompson and Lee Nelson have been heavily influential in their previous rounds.

They will have their work cut out against a strong CIYMS side, who have taken three Leinster province scalps in North County, Merrion and Leinster in their previous rounds. CIYMS bolster an extremely strong bowling line-up which includes Mark Adair, James Cameron-Dow, Allen Coulter, Jacob Mulder and overseas professional, Obus Pienaar. Pienaar also can contribute with the bat alongside Leinster Lightning coach, Nigel Jones and Chris Dougherty in what is a very well rounded side. With the home advantage, CIYMS will be looking to make sure that Waringstown don’t make it to yet another Irish Senior Cup Final.

The other semi-final is between two Leinster clubs with Phoenix hosting Pembroke in another big game for both sides. Phoenix did well to claim an away win over Carrickfergus in the quarter-final stage, and means that they have defeated three Northern sides in the competition, having already beaten Eglinton and Bready in the previous rounds. Phoenix’s team is greatly enhanced by Simi Singh, who adds both destructive batting and clever bowling to the side. Ben Beecroft has also been in good form this year having come over for the summer from New Zealand, while Poonish Mehta and Amish Sidhu have both contributed a lot with bat and ball this season.

Pembroke got through to the semi-final with a three wicket win over CSNI, where Shaheen Khan was the man mostly responsible for getting Pembroke over the line in the run chase. However, Pembroke have managed to get through to the semi-final without regularly having their full team out. They will be very hopeful that for the semi-final, they will be able to secure the services of Andy Balbirnie, while the likes of Josh Little and Barry McCarthy are returning for the crucial part of the season. When you add these players to a side that has a very strong core, including three Tucker brothers, two Lawson brothers, and Jack Balbirnie, younger brother of Andy, it certainly is a family affair down in Sydney Parade. It should be another very tightly contested semi-final between two very good sides.

The two semi-finals are due to be played this weekend on Sunday the 4th of August, with a reserve day on the 11th of August if it is needed.