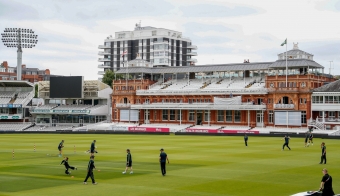 Essex will host a first-class warm-up

DUBLIN – Cricket Ireland today has confirmed that the Ireland Men’s cricket team will play a three-day first-class match against Essex in the lead-up to Lord’s Test match between Ireland and England in 2023.

The match will be played between 26-28 May at The Cloud County Ground in Chelmsford.

Ireland Men will play five fixtures in England in 2023, being:

“If fans felt 2022 was a busy year on the international cricket front, they will be delighted with next year. Ireland Men will undertake four tours, compete in two world cup qualifiers and play several home series. Several of these exciting fixtures will be announced in early 2023.

“A key addition to our playing schedule in 2023 is our return to red-ball cricket, and we would like to thank Essex County Cricket Club and the ECB for hosting us for a first-class fixture in the lead-up to our Test match at Lord’s.

“It will have been 17 years almost to the day since Ireland last played at Chelmsford and we all look forward to our return to the historic ground. What is more important, though, is the quality of the opposition that our boys will face as part of their preparations for the England Test. Essex finished fourth in the County Championship Division One this year and are a strong red-ball side with a proud history having won the County Championship eight times, most recently in 2019.

“Also pleasing news is that Irish fans can now purchase tickets to each of our ODIs in England later in 2023 – these fixtures are immediately before competing teams head to India for the ICC Cricket World Cup 2023, a tournament that we will be aiming to be part of.”