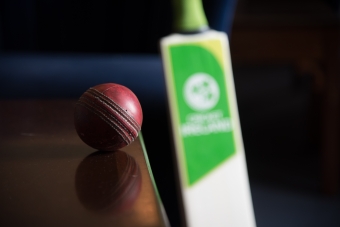 “When it came to ball-by-ball radio commentary of the Test Match it was imperative that we find a broadcast partner that would guarantee Irish cricket fans innovative, worldwide and uninterrupted coverage. For such an historic sporting occasion, we believed the fans shouldn’t miss out.”

“While a number of possibilities were assessed, what eventually won Guerilla Cricket the radio broadcast rights was their ability to deliver unique and uninterrupted coverage. For our fans this means that every ball and every key moment should be available.”

“Given the comprehensive TV broadcast rights package for the Test Match announced last week, we found ourselves in a fortunate position to explore a more innovative radio option.”

Guerilla Cricket online radio station was established in 2014 and is an alumnus of the off-beat and popular Test Match Sofa radio programme (which was taken over by The Cricketer magazine). The commentary team features a mix of experienced broadcasters, cricket writers and regular cricket pundits.

“We are grateful to Cricket Ireland in showing the foresight to allow a new form of cricket broadcasting to be heard in a mainstream context. It’s the same kind of enterprising spirit that has enabled Ireland to develop so rapidly at international level. We are thrilled to be part of this historic occasion.”

Coverage will be available on www.guerillacricket.com.