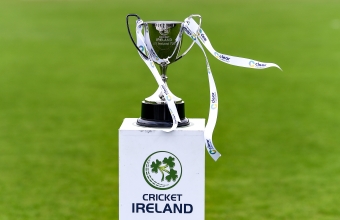 Prize money is being offered for the first time

Cricket Ireland’s participation in the annual European Cricket League has provided funding that it has decided to invest back into clubs through the club cup competitions.

The prize money will be available as follows:

“The all-Ireland club cup final days are always a special time on the Irish cricket calendar for players and fans alike. I have fond memories of playing for and supporting my club in the Irish Senior Cup final.  It is an honour for every club to reach these finals. As such, Cricket Ireland is delighted to announce for the first time ever that all four Cup Finals will include not only the chance to compete for the respective trophy, but there will be prize money available too.

“We already support clubs in defraying travel and accommodation costs through a subsidy for the finals. We hope the additional prize money available can be used by the competing clubs to invest back into the club to strengthen grassroots cricket even more.”