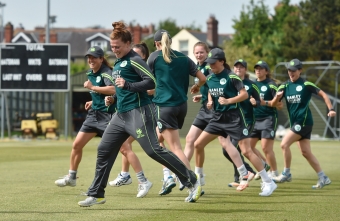 Cricket Ireland has announced a 16-player training squad as part of its preparations for the Women’s World T20 tournament in the Caribbean in November.

“From the moment we qualified for the Women’s World T20, our planning and preparation for the main tournament commenced. The challenge for our squad is that the World T20 is out of season, so we will be relying on a solid lead-in of training camps, national weekends and a trip to our warm-weather facility in La Manga in Spain to prepare for the challenge ahead.”

“The 16 players announced in the training squad today will all have their final weeks of club cricket and Super 3s commitments to complete, then will begin a comprehensive training schedule leading up to November. We need to be in peak condition for when we run onto the Guyana National Stadium on 11 November to take on Australia.”

“With Australia, Pakistan, India and New Zealand in our group we expect the tournament to be tough, but our squad won’t be overawed. If we can rise to the occasion, as we did in the Qualifier, then we will give a good account of ourselves on the big stage.”

Selectors will meet again in late September to name the final 15-player squad that will fly out to the tournament.

The tournament will take place in the West Indies between 9 and 24 November 2018. The Group Stage involving Ireland will be centred in Guyana, with the Group fixtures being: