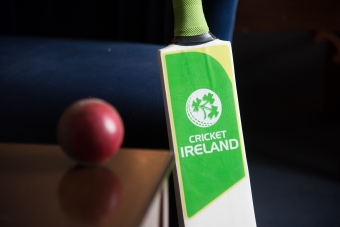 News from the latest Board Meeting

“The Board has approved a timing realignment of player contracts – this will see contracts being offered to players for 1 March to 28 February each year, as opposed to the current calendar year cycle. The main reason for introducing this change is that current contract offers are being agreed outside of the organisational budgeting process, meaning we are committing to a cost independent of the Board-approved budget for the following year.”

“In order to phase in the new policy in 2021, in consultation with the Irish Cricketers’ Association, we will honour all existing contracts until their natural end date on 31 December. Then, for each player receiving a new contract in 2021, we will extend their current deal until the end of February to bridge the gap before the new contract begins on 1 March. This applies to all categories of central contracts within the men’s and women’s game. We will shortly be meeting with the players to offer contracts for 2021.”

“The October Board Meeting also saw an endorsement of the direction of the new Cricket Ireland Strategic Plan which will go to the Board for final approval at the December meeting. The Strategic Plan is an important guiding document for the sport, as it provides the proverbial ‘North Star’ for many of the funding and investment decisions for Cricket Ireland for the duration of the Plan. We will provide more detailed updates on this document once the Board has signed it off in December.”

“We have been progressing discussions with other Full Members around rescheduling of fixtures that were not played in 2020, and the ICC’s recent announcement of its rescheduled tournaments and qualifiers has provided a greater level of certainty around those discussions. It’s fair to say, it’s a complicated jigsaw puzzle of multiple stakeholders trying to find space in an already congested calendar, trying to give certainty to players/fans/venues, trying to deliver on commercial relationships, and doing it all in the middle of a public health crisis.”

“The knock-on effect for us of losing the best part of 2020’s international programme is the need to be flexible about timing of fixtures, the quantity scheduled, and the formats played – at the same time as respecting the commercial arrangements we have in place. Given these new parameters, it looks likely that some fixtures that were to be played in 2020 may be pushed into 2022 or even 2023.”

“The ICC tournament schedule – the event itself as well as any qualifiers – has knock-on effects to what formats of the game we may choose to concentrate on in any given period as well – for instance, we’ll obviously look to prioritise T20Is ahead of a T20 World Cup. This is in line with what we have been doing already, particularly this summer prioritising 50-over cricket at the Super Series level ahead of the all-important 50-over Women’s World Cup Qualifier in 2021.”

“To provide a sense of scale just for 2021, there is likely to be more men’s international cricket – add to that the women’s international programme, the Inter-Provincial Series, Super Series and three national club cup competitions. All of these fixtures will require availability of grounds, so, similar to our pre-season planning for this year, we will need to be creative about delivering the programme in light of the quantity of international-standard pitches around Ireland and the demands of the domestic/club programme. And, of course, underlying all of this is the same challenge of every other business small and large, which is the ongoing uncertainty with the pandemic and the need to maintain financial sustainability.”

“What is definite is that Irish cricket fans will have plenty of international matches to enjoy in coming years.”

Other initiatives approved or noted at the meeting include:

• The Board noted a report on the new livescoring system, with integrated video highlights and livestreaming, which was launched in 2020. More than 170,000 visits were made to the livescoring system during 21 games, while there were 140,000 views of the 17 livestreamed games. A review post-season will look at future needs and improvements required for future seasons.

• The Board endorsed a reallocation of existing funds to be directed towards Stage One of a new website redevelopment for Cricket Ireland. The existing website is more than eight years old, and is need of modernisation to better engage with fans and deliver information in an accessible manner.

• The Board approved the annual Safeguarding Risk Assessment and Safeguarding Statement that forms part of its statutory obligations and requirement as part of Sport Ireland’s Core Grant Funding programme.

• The Board congratulated Cricket Ireland on the recent €106K Grant Fund success from the Dormant Account Funding programme, and noted three further grant submissions are pending around grassroots and innovation programmes that would greatly increase the organisation’s capacity to deliver programmes in community and schools settings.