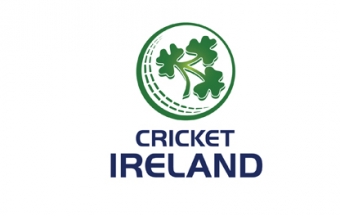 The Cricket Ireland Board met recently in The Bishops Gate Hotel in Derry City where a wide range of issues were discussed with the following outcomes.

1. Inter-proincial Cricket
The Board approved the participation of the Munster Reds into the Hanley Energy IP20 from the 2017 season onwards. Planning had continued in lieu of a positive decision, including facilitating a number of squad sessions throughout the winter, and the appointment of head coach Ted Williamson. Cricket Ireland Performance Director Richard Holdsworth outlined the rationale behind the decision.

“The format is an area of strategic importance for the organisation, and we have 24 months to build a squad for the next ICC World T20 Qualifier,” said Holdsworth. “The more we can play at this level will allow us to identify those players with the right skill-sets for this format. The Munster Reds have worked hard over the last 12 months in building a squad which will be supported by some players from outside of the union in order to strengthen them further and ensure they are competitive.

“This opportunity gives Munster Cricket a brand and pathway to help grow the game and increase participation in the province, and we believe there is a great momentum there to do this now. We’re delighted to welcome them into the competition, and I’m certain they will be a great addition to the tournament.”

2. Governance Recommendations
The Board considered the recommendations of the Nominations Committee in relation to the Presidency and independent Directors.

In an historic move, the Board unanimously welcomed the recommendation that Ms Aideen Rice of the YMCA Club in Dublin should become the first female President of Cricket Ireland. Ms Rice, who won the Cricket Ireland Volunteer of the Year award in 2012, will succeed incoming President Brian Walsh in 2018.

The Board also agreed to recommend that Michael Howard of Instonians CC in Belfast and former Group Managing Director of SHS Group Ltd would replace Roger McGreal who was stepping down from the Board as one of its five independent Directors.

Both recommendations will now go forward to the Cricket Ireland AGM on Sunday April 23rd for final approval.

Finally, the Board appointed Andrew Fleming, the Chair of the North-West Cricket Union, to replace Andy Clement as Chairman of the Cricket Committee. Ross McCollum, Chairman of the CI Board said: “The Board and I want to extend our sincerest thanks to Andy Clement for his diligence and hard work as Chairman of this all-important Board sub-committee. I am personally aware of the extraordinary amount of time and effort that Andy put into steering this committee, and I’m grateful both to him and all of the volunteer members of the committee for their expert contribution. While it always seems to be an interesting time for the sport in Ireland, this seems to be a particularly interesting time, and I wish Andrew the very best of luck in helping us grow, shape and regulate our game as Ireland hopefully reaches higher in the world game.”

Following the recently-completed series against Afghanistan, the Board received a preliminary report from management about the performance of the men’s senior squad.

While it was recognised that there was some encouragement in another closely-fought ODI series, the Board accepted the recommendation that a review of both the concluded tour and recent performance was important to identify where we needed to improve. The Board also agreed the review was timely to ensure that Ireland is properly equipped to benefit from any opportunities that might arise if ICC’s proposed cricket structures receive approval.

Warren Deutrom, CEO, commented: “The Board had a lengthy and lively discussion following the recently-completed tour of India. With only a matter of days since the end of the tour, and less than a month until our most-intensive ever series of ODIs outside of an ICC event, it was recognised that it was important to keep the squad focused on the job in hand – with that in mind, management will report back in detail on any recommendations at the June meeting.”

4. Anti-Corruption
The Board received its first-ever update on anti-corruption matters. Following a recent meeting with Sir Ronnie Flanagan of the ICC Anti-Corruption Unit (ACU), Cricket Ireland has commenced implementation of recommendations which recognise the threat of displacement of corrupt activity from Full Member to top Associate nations. These include identifying an individual to act as the ACU’s point of contact, education of players and officials at international and provincial level, and the gradual introduction of anti-corruption measures in player and match official areas for our newly-minted first-class competition.