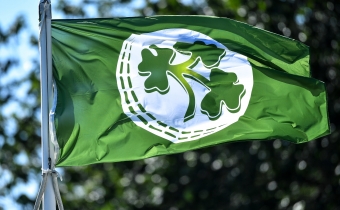 The precautionary measure was taken this afternoon

DUBLIN – Cricket Ireland has taken a safety-first approach and cancelled tomorrow’s Test Triangle Inter-Provincial T20 match between Munster Reds and Northern Knights as a precautionary measure that relates distantly to the recent positive test of a player at Northamptonshire County Cricket Club.

It was reported in the UK media yesterday that a Northants player was self-isolating after testing positive for COVID-19. While Irish international Paul Stirling is not a ‘close contact’ of that player, three of Stirling’s white-ball teammates at Northants are flatmates of the positive player. All three have been tested, with two coming back negative, but one test result is still unknown.

As Stirling had returned to Belfast before the news about the positive case was known, after consulting with teams and local organisers Cricket Ireland made a safety-first decision to ensure there was no risk to the Northern Knights squad, who were set to travel seven hours on a bus to Cork this afternoon for tomorrow’s game.

“While highly unfortunate, we have taken a risk management approach to our decision. There is absolutely no suggestion that Paul [Stirling] has contracted the virus, but until all three tests of his Northants teammates have been returned, we don’t know conclusively whether the chain of transmission has been broken.”

“This is a case of a ‘close contact of a possible close contact’, but while Paul is somewhat removed from the player who tested positive, we left the decision on the game as late as possible to see whether Northants had received the test results of Paul’s teammates.”

“Paul wasn’t in the squad for tomorrow’s game but had been in contact with some Knights teammates over the weekend. Given the lengthy bus trip the Knights have to take for the match in Cork, they were heading down today and staying overnight in Cork. We delayed the bus departure time as long as we could hoping Northants would get the test result, but it didn’t come in time, so we reluctantly had to cancel the trip as a precaution.”

“These are unprecedented actions, but we are concerned first and foremost with protecting the health and safety of players, staff, match officials, volunteers and those family members close to the players.”

Earlier in the day, the North West Warriors v Leinster Lightning match at Bready had been cancelled due to rain leaving an unplayable outfield.