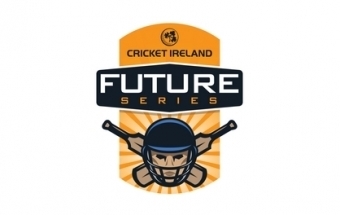 DUBLIN – Tomorrow sees the start of the second edition of the Cricket Ireland Future Series - the tournament that complements the men’s Inter-Provincial Series to strengthen the talent pathway and provide competitive cricket for the next generation of cricketers with senior inter-provincial and international aspirations.

“The Future Series plays an important part in creating a space for young players to compete and push for recognition. It creates an environment where provincial unions can really give an opportunity to young players, focus on player development and experiment with broader squads over several games. From a Cricket Ireland perspective, we see this as a massive part of a national succession plan. It also allows young players to impress the Provincial Head Coaches as they strive to attain higher honours.”

“Growing our player pool and creating player depth is hugely important and giving young players experiences is a big part of athlete development. This series should be centred around the players and how we can help them develop their careers.”

While the Ireland Under-17s side will see a turnover of players throughout the event, the first playing XI to take on the Munster Heat tomorrow at The Mardyke is: The matches will be livescored - you can follow the games here.