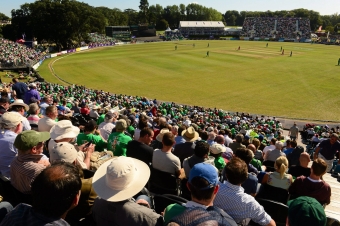 A Review of the 2013 Irish Cricket Season so far released ahead of the ICC World Twenty 20 Qualifiers which start tomorrow in the UAE.

2013 has been a memorable year so far for Irish cricket with plenty to celebrate including the hosting of the biggest cricket match ever to come to Ireland at Malahide and qualification for two World Cups already this year.

With a big few weeks of cricket coming up for the Boys in Green, what better time to look back at the year in Irish cricket?