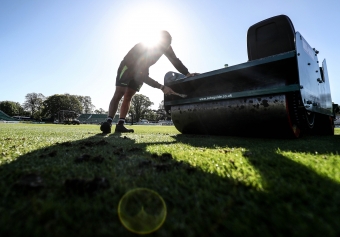 The Sports Capital Grant outcomes have been announced

Cricket Ireland is delighted with the confirmation that the sport will receive over €160,000 from the latest round of Sports Capital Grant Allocations with 12 successful grant applications across governing bodies and clubs in the Republic of Ireland.

“We would like to thank the Irish Government for its ongoing support for cricket – the capital and equipment grants will support our sport from elite to grassroots levels.”

“We were also pleased to see the needs of nine cricket clubs were recognised by Government, with these clubs to receive specific grants totalling €90K for equipment and facility upgrades.”

Capital allocations are due to be made in autumn, and are part of a €16.6 million package of equipment grants announced today by the Minister for Tourism, Culture, Arts, Gaeltacht, Sport and Media, Catherine Martin, T.D, and the Minister of State for Sport and the Gaeltacht, Jack Chambers, T.D. (see Government release).