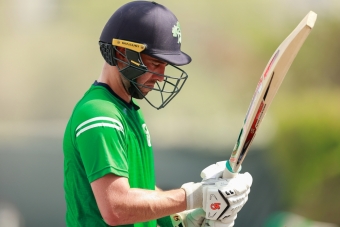 The Board has accepted the 26 key recommendations

DUNDALK – The Board of Cricket Ireland has accepted the 26 key recommendations from the Men’s T20 World Cup Review report, while acknowledging that the organisation needs to ‘do better’ in a number of critical areas to support Irish cricket’s high performance system at its Board Meeting in Dundalk yesterday.

The Board had initially received the Review Report – authored by Portas Consulting - at its February meeting. While the Report was accepted in-principle, the Board directed Cricket Ireland management to consult with the High Performance Committee (HPC) to consider the recommendations in more depth, prioritise the key elements, identify those with resourcing implications, and outline timelines for delivery. These elements were considered at yesterday’s meeting and the Board endorsed HPC’s recommendations to accept the report in full and the priorities outlined. In doing so, the Board has now directed the HPC and management to develop solutions around the funding and resourcing implications of the longer-term structural recommendations, as well as a feasible implementation plan within the given financial constraints.

The Report’s recommendations ranged from short-term fixes (e.g. more national training camps at high-quality facilities abroad; an expanded Ireland Wolves programme), to longer-term structural changes (e.g. improvements to the elite domestic competitions; development of a National Facilities Plan). The recommendations raised the urgency around investment in facilities, and led initially to last month’s announcement of a €317K Facilities Investment Package - a package that largely addressed issues that could be resolved in the short-term (including purchase of new and replacement equipment and installation of hybrid pitch technology). They also led to the approval to proceed with a number of key coaching and administrative appointments (notably the advertising of the National Facilities Manager role).

• A summary of recommendations and the Cricket Ireland responses can be found here.

The Board also received an update on the status of the High Performance Centre at the Sport Ireland National Sports Campus. Previous construction issues relating to the turf training wickets had delayed the opening of that part of the facility, however, after rectification work has been completed - and the installation of hybrid wicket technology to begin in May - the turf wickets are expected to be ready for use in July 2022. “The Portas Report has exposed a number of deficiencies in our high performance system, primarily around the quality of facilities available to our performance squads on which to train. As a management team, we acknowledge that these, and the other areas outlined in the report, must improve if our squads are to progress. Under the Board’s direction - we accept the responsibility to implement these corrective actions and have developed a realistic plan in response to each of the 26 key recommendations.

“This Report is not the first time we have tried to identify and begin addressing resourcing and the structure of the high performance system. An internal report developed by the High Performance Committee was considered by the Board in December 2019, but effective implementation was stymied by the Covid pandemic and subsequent lack of financial resources. We now have the chance to reconsider those recommendations to see if they’re still fit-for-purpose more than 2 years down the track, and in the context of a new HP strategy.

“In relation to Portas’ findings, while we have already initiated a number of actions, others will take time to deliver upon – as funding and resources become available. That’s the nature of what they are, but we are already making headway or completed several key recommendations, and have already announced a cash injection into facilities, with more planned over coming years.

“As was remarked during the Board Meeting, reports are all well-and-good, but we will be judged on the implementation of recommendations. As such, we have started the process by prioritising actions, based on implications regarding cost, resourcing and potential impact. Some actions with low barriers to deliver have already been commenced or completed, however we will need to work with the Board, government, relevant sports authorities and other funding partners on projects that will require new investment – such as the development of regional high performance facilities.

“As the Chief Executive, I can see that the two F’s will feature prominently in my work ahead – facilities and finance. We will need to identify ways of efficiently and innovatively funding our elite structures, while continuing to deliver our strategic priorities at the other end of the performance system, whether clubs and grassroots cricket, or simply in other areas of the business to help us raise the funds we need. There is a recognition though that many new investments will equally benefit the women’s programme and our emerging talent pathway programme, so we will give priority to such projects that provide the widest impact. Just like our recent announcements around investment in women’s cricket, we are acutely aware that we are competing on multiple fronts, so innovative thinking will be key.

“I particularly see the recommendation around a National Facilities Plan as key to our long-term sustainability. This report makes it abundantly clear that facilities are fundamental to our long-term success now more than ever. With the united will and commitment of the Board and management behind supporting this process, we are clear regarding our direction and purpose – and will do all we can to give our players the backing they deserve.” “The key to implementing these recommendations successfully is being clear that we are not just making change for the sake of change. We recognise that there are things we can do better, and the report process has helped greatly in clarifying our priority needs.

“The recommendations rightfully point out that a number of actions will require the input of, and overall responsibility for delivery by the senior head coaches. We will be engaging both Heinrich Malan (men’s head coach) and Ed Joyce (women’s head coach) in this work, as they both guide their respective squads through a new phase of their development.

“While we await developments on the facilities front, we will take a number of short-term actions to provide the senior players the best preparation we can. For example, the men’s squad are at a batting camp on turf wickets in Spain this week, while the women’s squad will head to a national training camp in late April also in Spain.

“The report also identified the needs within the national men’s coaching structure – the skill-sets and roles we need to succeed going forward. Heinrich Malan was recruited in line with these guidelines, while three full-time Ireland-based coaching positions were identified to support the Men’s head coach. Two of these have been appointed, and we are to shortly advertise for a spin bowling coach, so we are putting these building blocks in place ahead of a busy year.

“Coaching in the high performance system goes wider than just the immediate support team around the senior squad. We need to look at coach development across the board, and ensure we have a robust and effective elite coach development system and pathway.

“In terms of the facilities side, we announced a major investment in hybrid pitch technology last month, and I am pleased to report that the work will begin next week at three of our major international venues and in May at the High Performance Centre. Equally pleasing for the game more broadly is that a number of clubs have piggy-backed off our project and will invest in hybrid pitches at their venues while the experts are here in Ireland. Grounds such as Pembroke, Merrion and Eglinton are amongst the clubs to take advantage of the opportunity, while numerous others have expressed interest.

“As these recommendations show, there is much to do, but with both Men’s and Women’s senior squads now engaged at the highest levels of the game against the world’s best sides, we are anxious to deliver on the support and infrastructure needs required to ensure we are competitive on the field, and do Irish cricket proud.”

While reviews are routinely conducted by Cricket Ireland at the conclusion of Irish involvement in major global tournaments, the nature of Ireland’s exit from the 2021 Men’s T20 World Cup necessitated an external review which the Board regarded as essential to ensure independence and rigour. The Board appointed Portas Consulting to conduct a thorough and timely review of the lead up to, and performance at, the tournament, with additional expert insight and support provided by former Ireland Men’s Head Coach Adi Birrell.

The first draft of the review report was delivered to Cricket Ireland’s High Performance Committee in late December 2021, and subsequently presented to the Board at its first meeting in 2022. Given the men’s senior squad at that time was midway through an important qualifier tournament, the Board agreed to delay the initial release of its deliberations and decision-making until after the Qualifier was concluded. The Board’s subsequent release in late February outlined a number of immediate investment actions, however, it noted that several Report recommendations required further analysis and advice to consider the detail of the report and identify priorities. This work was completed and presented to the Board yesterday.

The following table summarises the recommendations from the Men’s T20 World Cup Review report, and outlines the actions that Cricket Ireland will undertake in response.