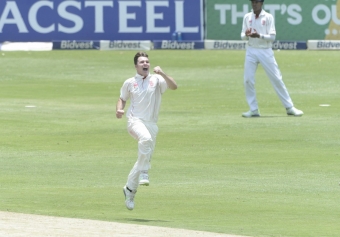 DUBLIN – Cricket Ireland today announced that Curtis Campher will be added to the Ireland Wolves touring squad for the upcoming Namibia series after receiving clearance from Cricket South Africa to be released for a move to Ireland.

South African-born Campher, 20, is a dual-national who holds an Irish passport. He has declared his intention to pursue his cricket career in Ireland, and it was announced in late December 2019 that he had joined YMCA Cricket Club in Dublin. Campher has also been offered an Emerging Contract by Cricket Ireland for 2020, the fourth to be offered to date after Peter Chase, David Delany and Josh Little.

“Curtis may be a new name to many Irish cricket fans, but had been identified some time ago as part of our Global Talent Scouting. He has played at Under-19s level for South Africa, but is keen to pursue his cricket career in Ireland.”

“Not only does he come highly recommended, but we have first-hand knowledge of him both through Head Coach Graham Ford and the fact he played against our senior side in a warm-up match before the 2018 World Cup Qualifier tournament.”

“We’re obviously keen to see Curtis in action, and start to integrate him into the Irish system before the start of the home season, so we have selected him to be part of the Wolves squad. He will then relocate to Ireland and play Irish domestic cricket. We welcome Curtis and are delighted that he sees his future playing cricket in Ireland.”

“Over the last seven years Cricket Ireland has been investing in our national talent pathway – creating the Shapoorji Pallonji Cricket Ireland Academy, and setting up a coaching structure to cover the Provincial Unions. However, at the same time we have kept an eye on the progress of several players abroad who would be qualified to potentially play for Ireland - the intention being to investigate whether we can bring in skill sets that would improve or expand our national talent pool.”

“Curtis has been keen to relocate to Ireland for a little while now, but had to secure an early release from his contract in South Africa in order for him to make the move. This has now been granted and we would like to thank Cricket South Africa for their cooperation in this process.”

“The Ireland Wolves head to South Africa next week to play a series against Namibia, so it’s an ideal opportunity to begin to integrate Curtis into our performance system ahead of what will be a busy home season in Ireland.”

The recently announced tour is to South Africa to play Namibia in an eight-match multi-format series between 18 and 29 February 2020, with 19 players participating in the tour.