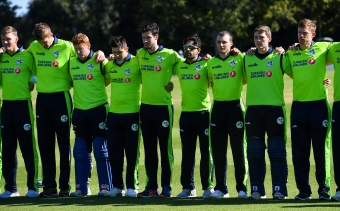 DUBLIN - Cricket Ireland has today confirmed the dates for two T20 Internationals against Pakistan to be played in Ireland next summer.

The two high-profile fixtures - on 12 and 14 July 2020 - against the world’s number one-ranked T20I side is part of Pakistan’s tour involving matches against Netherlands, Ireland and England. This will be the first time Ireland and Pakistan will play in a bilateral T20I series, and comes just over two years after Pakistan visited Ireland to play in Ireland’s first-ever Men’s Test match.

“Ireland and Pakistan have a close affinity, both across men’s and women’s cricket, and we are delighted to welcome the top-ranked T20I side to Ireland for what will be an action-packed series.”

“The two-match series will be well-timed, being just 12 weeks from the start of the T20 World Cup – a tournament that we hope to be joining Pakistan at via the Qualifier tournament later this year.”

“This year we have seen a number of great performances by Ireland and some exciting young talent emerge in the T20 squad – the way to further improve our players is to pit ourselves against the world’s-best, and in Pakistan we have that opportunity.”

“The fixtures will be part of a big home season for Ireland, where we are hosting a number of Full Member teams. It is yet another big year to look forward to in Irish cricket.”

Further details about venue, tickets, broadcast and hospitality will be announced in coming months.