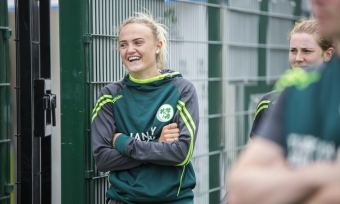 The scholarship will provide funding for up to four players to spend 3-6 months overseas, during the winter months of 2018-2019, further developing their skills and knowledge of the game in a different culture and climate, through excellent coaching, practice and competitive matches.

Alice Stanton, former international cricketer for Ireland and current Director of Human Health with Devenish Nutrition, welcomed the commitment of funding towards the programme:

“Devenish Nutrition are exceedingly happy to be sponsoring the Women’s Overseas Player Development Scholarship Programme through Cricket Ireland. This programme provides funding for players to spend time playing and training in overseas conditions, and experiencing new coaching and playing conditions.”

“Both Devenish and Cricket Ireland anticipate that this will be a very positive experience for the players, help create more rounded individuals, and benefit future individual player and Irish team performances.”

“It’s essential for a modern-day cricketer to gain exposure to a range of playing, training and coaching experiences. Throughout the year we play in varying climates and conditions – take the second half of 2018 alone, we will have played in Ireland, Holland and the Caribbean. It is the ability for players to adapt their game and approach for these varying conditions that makes you and the team successful.”

“This year I had the opportunity to travel to Australia and spend some time within the Women’s Big Bash League structure. While I didn’t play in the WBBL, training alongside some of the best players and listening to their insights was incredibly valuable. For an up-and-coming player these are the sorts of formative experiences that can drive your career forward and I believe I’m a better player for having the opportunity.”

“The women’s game in Ireland is at an important juncture, and thanks to Devenish Nutrition’s partnership we can extend Cricket Ireland’s ability to develop and nurture upcoming talent.”

“Recent initiatives in the women’s side of the game, such as the creation of the Toyota Super 3’s competition, more focus on the Academy, and a more coordinated and extensive cricket programme from under-age to senior levels are beginning to bear fruit. You just have to look at the season we’ve had – the team has bounced back from a challenging series against the New Zealand White Ferns to beat Asian Cup champions Bangladesh on home soil, then went to the Netherlands and successfully qualified for the Women’s World T20 tournament in the Caribbean.”

“We already know that a number of our senior players will be retiring after the Women’s World T20, so it is crucial to the future of women’s cricket in Ireland that we utilise programmes like this one to continue the development of young players, provide a pathway to international cricket and implement a gradual succession plan over coming years.”

“Women’s sport in Ireland is on the rise, and cricket has a role to play in encouraging and developing high-performance sportswomen. As such, this scholarship programme is fundamental in that process.”

Applications are now being accepted, with criteria outlined here.

Closing date for applications is 16 September 2018, after which the inaugural applicant(s) will be announced following an assessment and selection process.

This scholarship programme is enabled by the generous support of Devenish Nutrition.