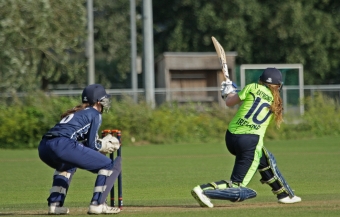 DUBLIN – The Ireland Women’s cricket team’s preparations for two world cup qualifiers due to be played this summer have been dealt a blow after Spanish health authorities have extended travel restrictions on United Kingdom citizens, meaning that their upcoming opponents - Scotland - cannot travel to La Manga in Spain for a planned five-match multi-format series this month.

The soon-to-be-announced series was set to be Ireland Women’s first international action since September 2019, and continues a run of unfortunate postponements and cancellations that extend before and throughout the pandemic.

“This is hugely frustrating for the players and staff at Cricket Ireland who have twice now within the last four months been working hard behind-the-scenes at preparing for a series against Scotland. The first series planned for November 2020 was postponed by Cricket Scotland on the eve of departure due to Covid-related travel issues, and now we see a similar outcome with the Scottish team once more unable to travel to Spain.”

“The announcement meant that current travel restrictions in place that were expected to be lifted to allow the series to proceed will now be extended until the end of March.”

“Our hearts go out our players and Head Coach Ed Joyce – I know they will be greatly disappointed once more after their dedicated preparations had been in full swing.”

“Stretching back to August 2019 fans will remember that the Zimbabwe Women cancelled their tour to Ireland at the last minute, then followed multiple cancellations and postponements throughout 2020, and now comes this news. My colleagues within the organisation are equally disappointed by the news as they have undertaken a great deal of work to pull together a decent women’s programme over the last 18 months – but one-by-one those series and tournaments have fallen victim to Covid.”

“All we can do now is to look forward, to continue to identify opportunities, and plan a revised programme for the lead up to the two world cup qualifying tournaments this year.”