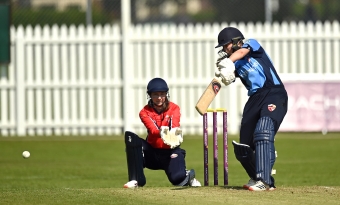 BELFAST – The Arachas Super Series cricket heads to Holywood Cricket Club for the first time this Sunday as the Dragons, captained by Leah Paul take on Laura Delany’s Typhoons at the Seapark Oval.

Following on from the recent T20 International Tri-Series featuring Ireland, Pakistan and Australia in Bready, it’s yet another great opportunity for fans in the North to see the top female talent in the country up close and personal.

The Dragons are now firmly entrenched in the region following their return to the Super Series action early in the year, and currently sit second in the Super 50 Cup table after three matches. A win on Sunday will close the gap to table-toppers the Scorchers to just two points.

The James Cameron-Dow coached Dragons, with the likes of Leah Paul, Orla Prendergast, Cara Murray, Alana Dalzell and Arlene Kelly will be formidable opposition for the visiting Typhoons. The visitors are captained by Ireland captain Laura Delany. They have a very strong line-up, including 18-year-old Georgina Dempsey, who has impressed for Ireland this year, along with Rebecca Stokell, Louise Little, Celeste Raack, Ava Canning and Mary Waldron.

Cricket Ireland is proud to acknowledge Arachas Insurance as title sponsor of the series.

THE SQUADS FOR SUNDAY’S GAME