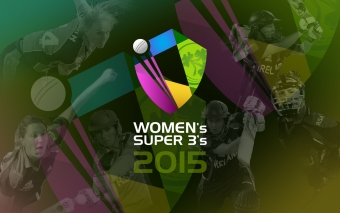 The Dragons won their final Super 3’s game of the season when they defeated the Scorchers by one wicket in North Kildare yesterday.

The Scorchers won the toss and elected to bat first. The Dragons got off to a good start with the ball with Laura Delany and Katie Boylan taking two wickets each within the first 12 overs.

However a 49 run partnership between Anna Kerrison (42) and Meg Kendal (22) helped to get the Scorchers back on track before Kendal was caught by Jennifer Gray off Ruby Neville’s bowling. Scorchers captain Kim Garth (24) and Lucy O’Reilly (31*) also put up a solid 55 run partnership but four quick wickets at the end of the innings saw the Scorchers finishing on 142 all out after 39.4 overs.

The Dragons got off to a slow start putting on 22 runs for the first ten overs for the loss of the wicket of captain Mary Waldron (2), but Jennifer Gray dug in and put on 48 runs before she was stumped by Hannah McKay.

Three wickets from Lucy O’Reilly and two from Garth meant that there was a tight finish to the game with the Dragons needing four runs to win and the Scorchers just one more wicket, but a shot through mid off to the boundary from Sophie MacMahon gave the Dragons the victory.

The Scorchers will now move their focus to the final Super 3 game of the season against the Typhoons in YMCA on August 9th.