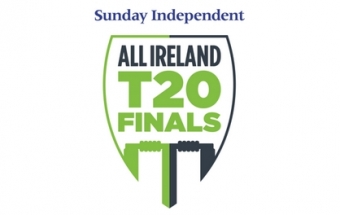 The Sunday Independent All-Ireland T20 semi-finals and final are to be held on Sunday 25 August 2019. Here is the draw for the semi-final berths for this year’s competition.

The Sunday Independent All-Ireland T20 Cup began in 2017. The competition features the winners of the four Provincial T20 club competitions who play two semi-finals followed by a final.

The official competition hashtag is: #AIT20

The 2019 semi-finals will start at 11am, and be held concurrently at Stormont and CIYMS in Belfast. The two winners will then progress to the final at Stormont starting at 4pm.

NB: The North West Cricket Union’s representative will be decided after a play-off match between Brigade and Donemana on Thursday 15 August 2019.

After the draw was conducted at Cricket Ireland’s Offices, the semi-finals are:

Good luck to all teams and thanks as always to the Sunday Independent for their ongoing support for Irish cricket.