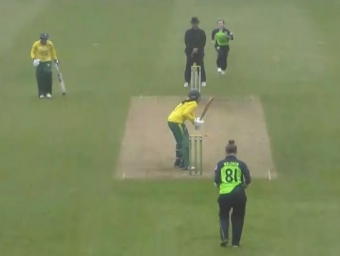 Ireland Women suffered last ball heartbreak as they lost to South Africa in the opening T20 International at Claremont Road.

South African skipper Dinesha Devnarain managed to get the three runs required to spark scenes of wild celebration in the South African camp, while in complete contrast the Irish were totally dejected.

It was a game Ireland looked to have been in control of for the most part as they batted positively to score 140 for 4.

Clare Shillington (30) and Shauna Kavanagh (20) were also among the runs as they shared a second wicket stand of 46 in 36 balls in an entertaining batting display.

Mignon Du Preez kept the tourists in the hunt with a punchy half century, but her dismissal handed the initiative back to the Irish as 28 were needed from the last 15 balls.

However, South Africa’s lower order got them over the line in a thrilling encounter.

Finishing in difficult conditions, dealing with a wet ball in blustering winds, the Irish will reflect on some missed opportunities ahead of their next game.

The teams meet again at the same venue on Wednesday (4pm) with free entry for all spectators.