Final Preparations in Place for Under 19 World Cup 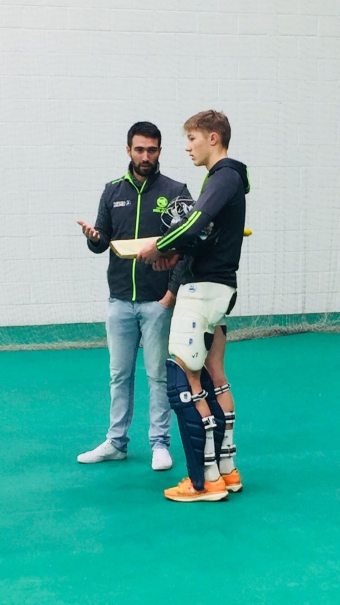 With the ICC Under 19 Cricket World Cup just around the corner, the Ireland lads had their last group session before Christmas this weekend.

Senior international, and former Ireland Under 19 World Cup player, Andrew Balbirnie joined the young hopefuls and spoke about his experience of playing in New Zealand. Balbirnie also shared his experiences of playing teams from the sub-continent, vital with Ireland grouped alongside Afghanistan, Pakistan and Sri Lanka.

Alongside the regular coaching staff of Ryan Eagleson, Peter Johnston, Ian McGregor and Nigel Jones, Performance Analyst Scott Irvine and Bowling Coach Rob Cassell also took part in sessions to make the squad are fully prepared for everything they’ll encounter on the field.

Between their on-field skills being sharpened and honed and the off-field talks on psychology and anti-doping, the Under 19s are fully prepared for the challenge ahead and looking sharp. They will work on their personalised strength and conditioning programmes over Christmas before departing on the 28th of December for the trip to New Zealand, the World Cup and the opportunity and challenge that competition affords them.