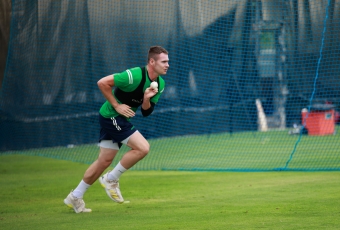 The tournament – from 19 November to 4 December – will feature the highest number of Irish cricketers at a single franchise cricket tournament ever, demonstrating the rise in profile and interest in the Irish game.

Additionally, Kevin O’Brien will take up a coaching role with Northern Warriors.

While it is a debut appearance in the competition for Little, Campher and Adair, it will be Stirling’s fifth time playing (having represented Kerala Kings in 2017 and 2018, Delhi Bulls in 2019, and Team Abu Dhabi in 2021).

“It’s a very positive sign that interest in the Irish game is increasing. This is not only an opportunity for the players themselves to have a great experience, but beneficial to the Irish squad as a whole, given a cohort of players are able to train and play with some of the world’s best white-ball cricketers.”

The Abu Dhabi T10 information can be found here: https://ttensports.com/