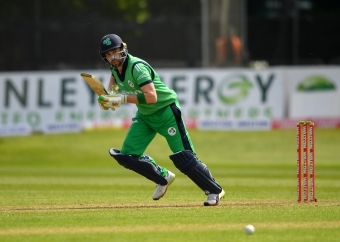 DUBLIN – Cricket Ireland today confirmed the dates and venues of 11 men’s home international fixtures for 2020, an Ireland Wolves match, the men’s Test Triangle Inter-Provincial Series and the women’s Super 3s Series for the 2020 home season, with the season shaping up to be the biggest volume of top-level cricket action ever in Ireland.

The confirmed fixtures are:

Four remaining fixtures are still to be allocated and will have dates and venues confirmed in January due to venue negotiation currently underway - these are the T20 Internationals against Bangladesh, scheduled to be played in late May 2020 following the ODI series with that country.

“There is no doubt that this will remain one of the biggest home seasons for Ireland, with the hosting of the number one T20I side in the world, and the runners-up at the most recent 50-over world cup. However, this has also undoubtedly been our most complex match allocation process ever, given the multiple challenges we are working through. Chief among these is the loss of access to one of our international grounds for at least 2020, with Clontarf undergoing extensive renovations.”

“With this venue loss, we have been reduced to 12 pitches available across our three remaining international grounds that need to cater for 15 matches. Given the ICC’s high standards of expectation regarding pitch quality, this has influenced several of the match allocations. Also key to our deliberations has been the need to provide a high volume of white-ball cricket given the T20 World Cup in October and the start of the World Cup Super League.”

“The match allocation process has obvious knock-on effects to the inter-provincial fixtures and finalisation of club cricket scheduling, so we have been eager to resolve these fixture allocations as expediently as possible.”

“The outstanding fixtures that remain unallocated at this stage are the T20 Internationals against Bangladesh. We are currently investigating venue options that will fit with our limited scheduling windows and fresh pitch availability – this includes looking at an option of hosting the Bangladesh T20Is in neutral venues in England as a temporary option until our venue and pitch capacity is back at full strength.”

“Despite some recent commentary, it has always been a strategic priority – let alone a necessity – of the Cricket Ireland Board to see international fixtures spread around our venues, and we believe the schedule we have released will achieve this, including seeing Bready host key New Zealand internationals with the support of Derry & Strabane Council and the Northern Ireland Department of Communities. This was a matter both the Cricket Ireland Board and Match Allocation Group discussed in great detail, and all parties have worked hard in collaboration to reach this positive solution.”

“We stated last week that we were still hopeful of staging the inaugural season of the Euro T20 Slam and we have put plans in motion to facilitate that should our discussions with the organisers progress positively. We shall be providing further information on that in due course.”

“Finally, I also want to acknowledge and thank the outstanding work done by all of our venues, and the local authorities that support them, to help us navigate the challenges that we face in putting on the quantity of matches we have to such a high standard. It is a great testament to the can-do approach that has always marked out our volunteers as among the best in Irish sport.”

The Ireland Men’s team head out shortly for a six-match tour of the West Indies in January, travel to India in March to play a series against Afghanistan, and then travel to Zimbabwe in in April, before launching a big home season in mid-May. The year will also include a three-match ODI series against England in September as part of the World Cup Super League, followed by participation in the Men’s T20 World Cup in October.

The Test Triangle Inter-Provincial Series is the peak domestic men’s cricket competition in Ireland. The Series features three concurrently-run competitions played between May and September annually:

The fixtures, including dates and venues, have now been finalised:

“The Test Triangle Inter-Provincial Series is a key breeding ground and talent pathway for the senior men’s international side. It is crucial that the fixture format responds to the needs of the international team, as well as provide opportunities for emerging talent. As such, there has been an increased focus on white-ball fixtures over the 2019 schedule given the international sides participation in the T20 World Cup in October, and the start of our participation in the World Cup Super League.”

“We will be looking to provide additional preparation fixtures for our international players ahead of travelling to the world cup.”

“We would like to thank the Provincial Unions for working collaboratively on this scheduling process, and look forward to another big year for domestic cricket in Ireland.”

The fixtures, including dates and venues, have now been finalised:

“The Super 3s Series is an important talent pathway for the senior women’s international side, that provides an opportunity to see best v best in the Irish domestic women’s cricket scene. With a 50-over world cup qualifier to be played in 2020, the priority is to increase the 50-over matches ahead of that qualifier – and we have doubled the number of matches in that format from the 2019 schedule.”

“However, the main good news from this fixture schedule is the move by Cricket Ireland to increase the visibility of the women’s game by allocating a range of venues more accessible by fans, and taking two matches to venues in Northern Ireland. We hope that with complementary promotional work around these fixtures, we can improve the opportunity for young girls in particular to be able to watch their cricketing role models in action more readily.”

“The women’s internationals will not only entail the World Cup Qualifier, but also overseas matches against competitive opposition. We expect to announce this schedule in early 2020.”

Given these peak representative fixtures have now been allocated, work is now underway on match allocations for the following, which will be announced in early 2020: