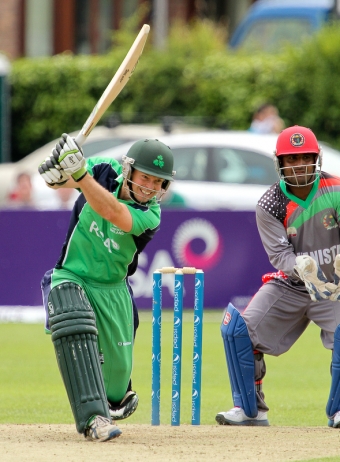 The short-list for the LG ICC Awards has been finalised and sees Irish players dominating the short-list with 4 of the 5 nominees for the ICC Associate and Affiliate Cricketer of the Year. Kevin O’Brien, George Dockrell, Ed Joyce and Paul Stirling are the four Irish players nominated

The ICC Associate and Affiliate Cricketer of the Year award serves to recognise and reward the efforts in all international matches of the outstanding cricketers from the teams outside the ICC Full Members.

This year’s short-list sees four nominees coming from Ireland in the form of Kevin O’Brien, George Dockrell, Ed Joyce and Paul Stirling, while Dawlat Zadran of Afghanistan makes up the group.

Short-lists of nominees (in alphabetical order)