Graham Ford to miss Afghanistan series to recover from injury 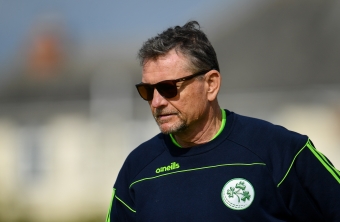 After it was reported last week that Ford would return home to Ireland from the current Ireland Wolves tour in South Africa, further medical assessment and treatment has resulted in advice that Ford should stay for rehabilitation in Dublin, rather than travel with the senior squad to India on Sunday.

Rob Cassell, current Assistant Coach for Ireland Men, will step up to Acting Head Coach for the tour, while another coach will be added to the support staff in coming days.

One minor amendment to the itinerary for the tour has been made, all three matches of the series will now start at 2pm (local time) or 8.30am (GMT), with the first game no longer under lights. The change has been brought about due to unseasonal dew at night in the region.

Cricket Ireland is concurrently taking advice from Government, Health and Sporting Bodies on travel to Asia during the current CoronaVirus outbreak. While a duty of care approach to players health will be maintained, there is currently no advisory against travelling to northern India. However, Cricket Ireland will continue to monitor the situation.

The only change from the T20I squad that travelled to the Caribbean in January is Shane Getkate coming in for Mark Adair. Adair has been left out of the squad to work on his fitness and conditioning, as well as to manage an ongoing ankle injury.