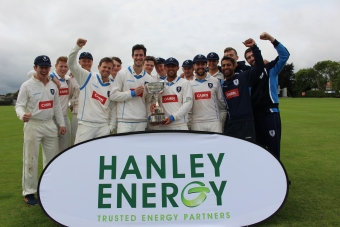 The title-winning Leinster Lightning team in 2017

Cricket Ireland today officially released the fixture list for the Hanley Energy Inter-Provincial Series 2018, with the addition of an eye-catching new three-day T20 Festival added to the programme.

The season will lead off with defending winners Leinster Lightning taking on the North-West Warriors on 1 May at Oak Hill, with recently announced Lightning Captain, George Dockrell, set to lead the team out.

“It’s another big year for the Lightning. The Inter-Pro’s goes from strength to strength and we are very keen to make it four Championships in a row.” said Dockrell.

The inclusion of a T20 Festival is expected to provide a boost for that form of the game in Ireland, and Leinster Cricket General Manager, Philip Smith jumped at the opportunity to host the three-day tournament:

“Cricket Leinster is delighted to have the opportunity to host the inaugural Inter-Pro T20 Festival in July at Pembroke Cricket Club,” said Mr Smith.

“We intend to make the occasion a memorable one for all cricket fans with full bar, catering and a kids zone available throughout. We are also delighted that the Festival matches will be live-streamed online.”

“With Ireland rightfully taking its place on the world stage - in what is the second largest sport globally – it is important to ensure good, competitive domestic cricket can provide that conveyor-belt of talent to the national sides,” said Clive Gilmore, CEO and Co-Founder of Hanley Energy.

“Hanley Energy chose to invest in first-class cricket in Ireland in order to support the growth and sustainability of the game. We wish all teams well for the coming season.”